The next Mercedes C-Class, codenamed W206 will also have a basic AMG version. The Mercedes-AMG C43 will have under the hood a new 4-cylinder turbo engine codenamed M254 with electric turbo. 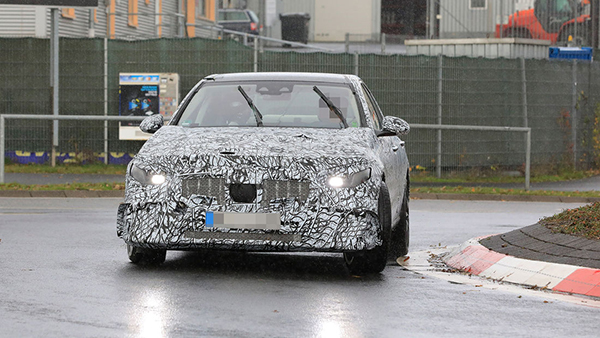 Increasingly drastic emission standards are making their mark on large-displacement engines. Until now, the only Mercedes-AMG models with 4-cylinder engines were those in the compact range from A-Class to GLA.

However, for the first time, the future basic AMG model in the C-Class will give up two cylinders in favor of a more economical 4-cylinder.

No M139 from A35/A45 AMG
The Mercedes-AMG C43 is currently powered by a 3-liter twin-turbo V6 coupled with a 9-speed automatic transmission and all-wheel drive that delivers 390 HP. We expected the new basic Mercedes-AMG C-Class to use the M139 turbo engine from the A35/A45 AMG which provides 387 HP/480 Nm or 421 HP/ 500Nm but Mercedes has made another decision.

M254 engine with electric turbo and 390 HP
But Mercedes will use the 2-liter M254 4-cylinder engine that is part of the same family as the 3-liter M256 6-cylinder in-line that has already been electrified as a mild hybrid version. 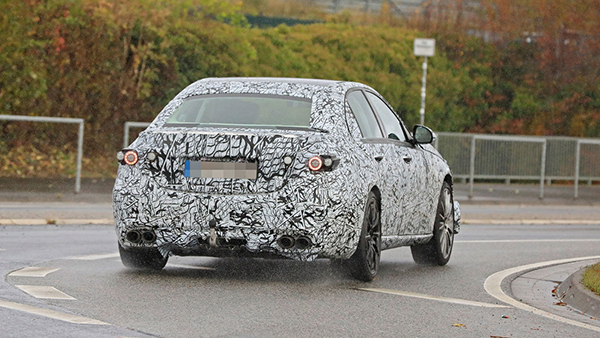 The 4-cylinder M254 engine has, as in the E 200 and E 300, an integrated 14 HP starter generator and a 48V network operating as a mild hybrid. Completely new is the electrically driven turbine that will help increase power to 390 HP, exactly as the AMG C 43 currently has.

It is not yet clear what the name of the model will be, whether it will remain AMG C 43 or will be called AMG C 53 just like other larger models.

In terms of design, there will be a bumper with wider air intakes while in the back you can see the four exhaust pipes grouped two by two. at least for the AMG Mercedes models it gave up the false exhausts. The interior will be oriented according to the layout of the new S-Class with the portrait screen of the multimedia system that occupies almost the entire center console.

The new C-Class sedan and T-Model will be presented in April 2021 and the AMG version will appear in December 2021.