Mercedes has a busy schedule up ahead and that means it can’t simply stop testing prototypes of future models even though the coronavirus pandemic has greatly affected the automotive industry. Looking strictly at the sales numbers, you could say the C-Class is the company’s most important model lineup, which means there’s a lot riding on the W206 to fill in the shoes of its highly successful predecessor.

While the S-Class is undoubtedly the most important Mercedes debut of the year, the next-generation C-Class is likely not that far behind. Meanwhile, there’s testing to be done to iron out the kinks and make sure it will be a worthy adversary for the BMW 3 Series and Audi A4. A prototype of the fifth-gen model has been caught this week roaming the streets of Germany while wearing plenty of camouflage to conceal the production body. 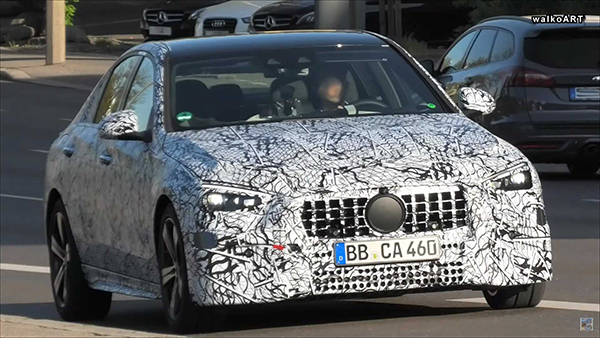 Caught by YouTuber walkoARTvideos in Sindelfingen near Daimler’s home, the prototype had that grid pattern type of camouflage on the front grille we’ve previously seen on AMG prototypes hiding the Panamericana grille. However, we don’t think this is the C43/C53 or the full-fat C63 because the test vehicle didn’t have visible exhaust tips, leading us to believe it might’ve had only an AMG-branded package of some sort. 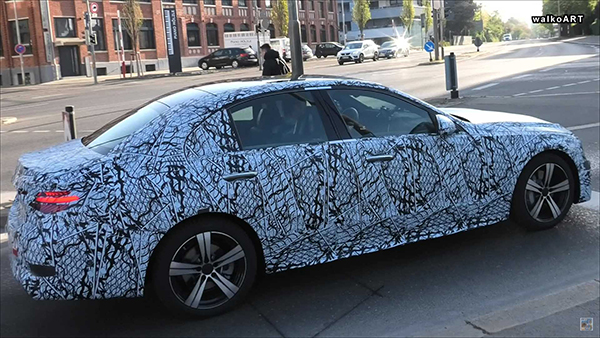 Despite the disguise, the new-look headlight design is mostly visible as is a good chunk of the taillight, now stretching onto the tailgate like on recent Mercedes sedans. The prototype had conventional door handles as opposed to the upcoming S-Class set to use those nifty pop-out electronic handles we’ve also seen on the EQE and EQS electric sedans. 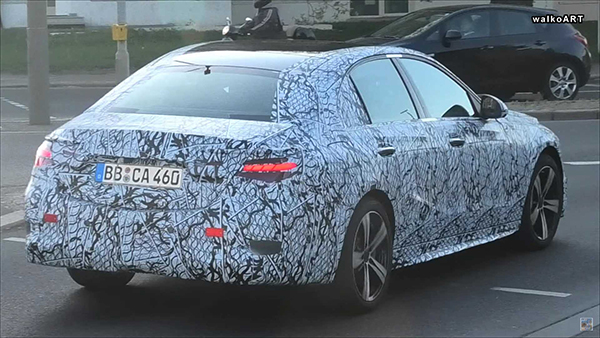 Upon noticing the man with the camera, the test driver immediately unfolded the piece of cloth that was on the dashboard to hide the digital instrument cluster. Once the car made a full stop at the intersection to wait for the light to turn green, the camera zoomed in, but there wasn’t much to see because the interior was heavily covered. That said, there doesn’t seem to be a tablet sticking out from the center console, so the infotainment has been integrated into the dashboard and might have a more than generous size if the new S-Class’ huge display is any indication. 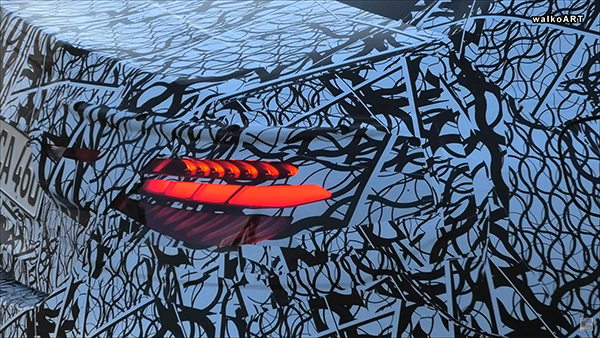 The new generation could be slightly larger and roomier while offering a multitude of electrified gasoline and diesel engines, plus an additional member of the family. We’re talking about the long-rumored C-Class All-Terrain as a belated answer to the Audi A4 Allroad and to serve as a rugged wagon alternative to the GLC crossover.