With the new C-Class launch a few days ago, our attention very quickly shifted to when we’ll see the unveiling of the much-awaited AMG versions – which should launch under the 2022MY or 2023MY moniker, depending when they arrive in North America. These winter-testing shots indicate we may have a little longer to wait but cement the fact that the top-end C63 (and its C63 sibling) is very much on the way. 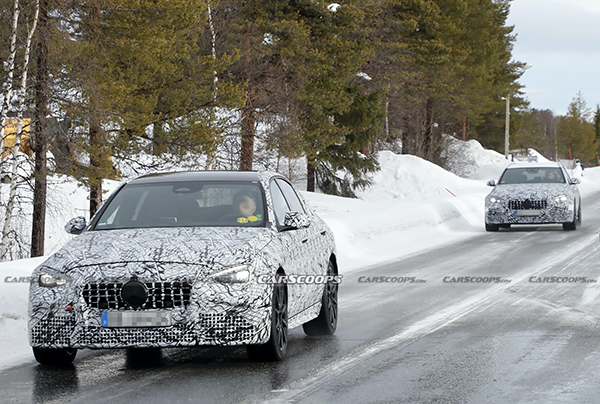 We expect the AMG-honed C-Class to come in three flavors. First off, will likely be a C53, filling in for the C43 nameplate. Like the C43 it replaces, the C53 won’t quite be the full-fat, volume-turned-to-11 offering that sits atop the W206’s food chain. Instead, it’ll have a detuned engine, restrained mechanical reworkings, and slightly less aggressive styling. 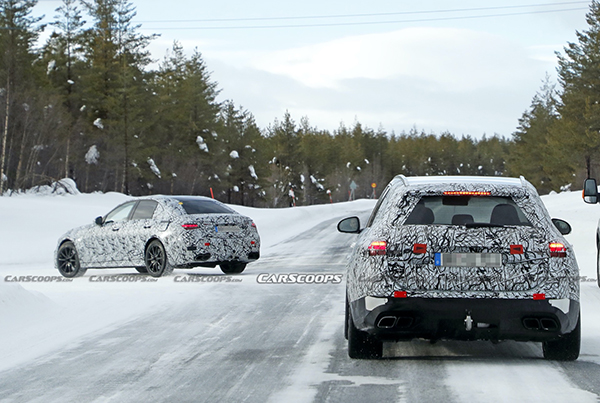 Next up will be the C63 and C63 S, two model names that have been retained from the previous generation. The spy shots here appear to depict both the C63 sedan and wagon on test with heavy camouflage.

Up front on both is the Panamericana grille, a familiar staple of Mercedes‘ high-performance models. A redesigned and sportier-looking front bumper features as well. At the rear is the giveaway that these hail from the AMG line’s upper-echelons: The C53 is expected to have circular tailpipes, whereas the two C63 cars here both sport squared-off tips. 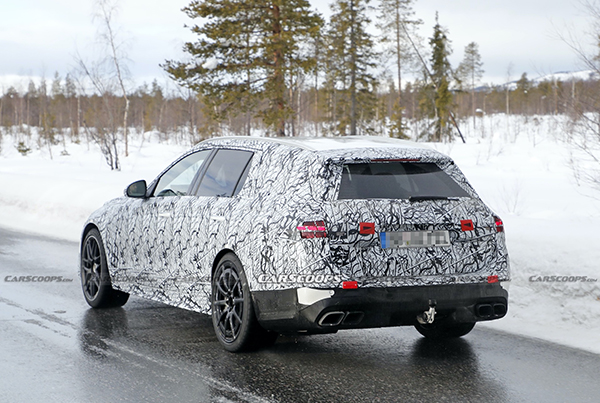 It’s our first look at a C63 Wagon (aka C63 T) which will offer a decent blend of practicality with agility. However, don’t expect to see the high-performance estate bodystyle make an appearance stateside, with Mercedes‘ likely to make this a Euro-only model.

The other detail that Mercedes themselves have all but confirmed is that both sedan and wagon variants of the C53 and C63 won’t feature a fire-breathing V8 — or even a V6. With electrification very much the name of the C-Class game, it starts a mass-scale hybrid movement on the part of AMG. What it’ll feature under the hood is a 4-cylinder plug-in hybrid. Power for the C63 is expected to be around 500hp, while the C53 will feature the same basic running gear but with a slightly less potent output figure.