Our spy photographers have spotted a more lightly camouflaged version of the upcoming replacement for the Mercedes C-Class during its testing programme. The German brand’s fifth-generation compact saloon will make its debut in 2021, where it will offer fresh competition for the latest BMW 3 Series and the Audi A4. 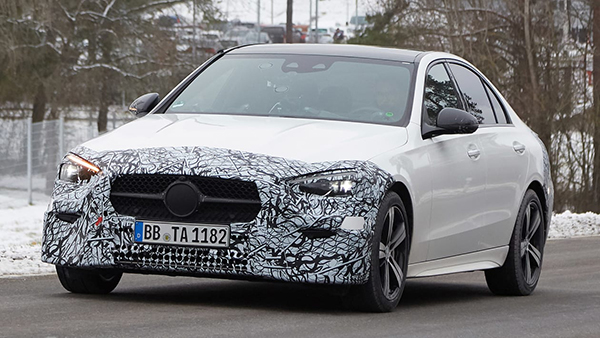 Cosmetically, the next-generation C-Class won’t change drastically over the current model – instead of a clean-sheet rethink, it’ll be a subtle design evolution which uses Mercedes’s latest design language as a starting point. As such, the car’s nose and tail will look similar to its larger sibling, the E-Class.

In contrast, the changes inside the new car will be profound, with a totally fresh interior architecture. A large display will dominate the cabin, stretching from the bottom of the centre console, and combining the central display and fully digital instruments. 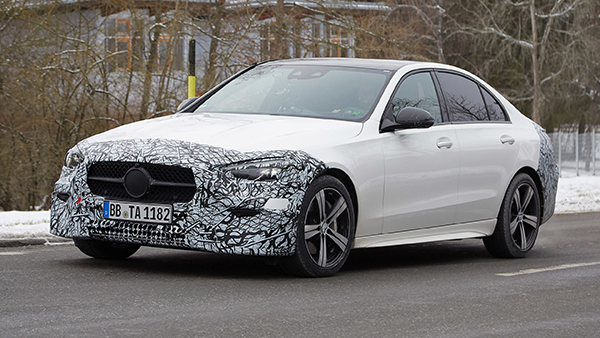 Despite Mercedes’s new-found focus on its electrification strategy, the C-Class will remain an important car for the company. The current model accounts for 20 percent of the brand’s global sales – so it’s vital that this new model plays to the same strengths as the old car to retain its customer base.

The new C-Class will be based on an updated version of the rear-wheel-drive MRA platform found under the outgoing model. Upgrades include a slightly longer wheelbase and a fresh electrical architecture that will support a new, entirely electrified powertrain line-up – be it four or six-cylinder and petrol or diesel. 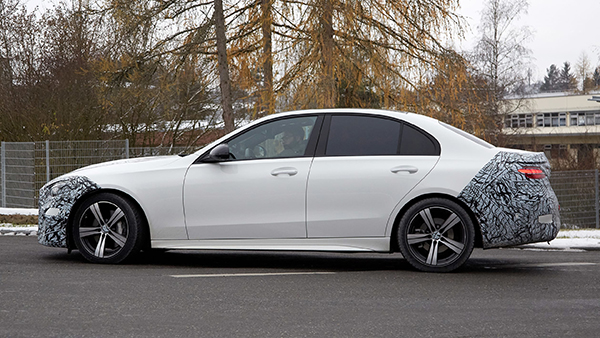 Mercedes introduced 48-volt technology to the C-Class range on the current model. Beneath the skin of the outgoing C 200, there’s a 1.5-litre four-cylinder petrol engine, a belt-driven starter-generator and a dinky battery pack. The ISG allows the engine to switch off on the motorway for fuel-free coasting, while also assisting the petrol engine with an extra 14bhp.

This technology is limited to just one model for now, but it will be applied to even the most basic versions of the next C-Class. It will be used in a performance capacity, too, with the addition of a six-cylinder AMG C 53 model to the line-up. 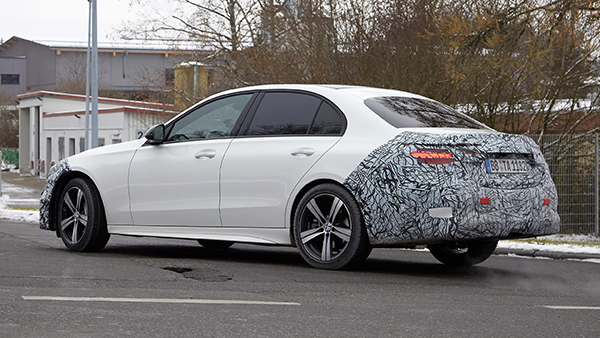 Naturally, the next plug-in versions of the C-Class – both petrol and diesel versions could appear – will major on new battery technology to unlock the potential of up to 50 miles’ range on electric power and significantly reduced CO2 emissions when running in hybrid mode. 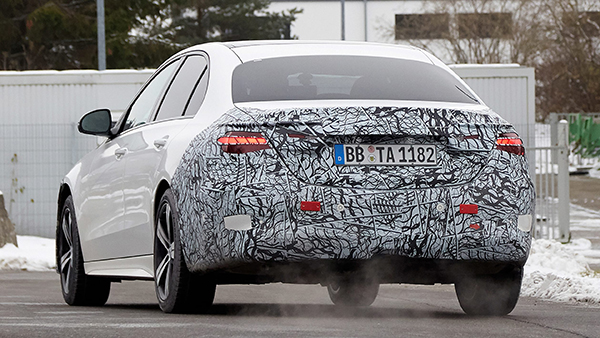 Mercedes is also expected to produce a separate all-electric rival for Tesla’s Model 3 at a later stage, using a unique platform developed for the firm’s EQ sub-brand.

One area where the next C-Class won’t chase the 3 Series too hard is in driving dynamics; it will remain a car that’s focused far more on passenger comfort and refinement. Key to this will be the decision to continue offering the C-Class with optional air suspension, something that isn’t available on its BMW, Audi A4 or Jaguar XE rivals.

Semi-autonomous driving technology will also take a big step forward in the new Mercedes, with the deployment of a level three driver-assistance feature, which is due also on the next S-Class. Such a set-up will permit conditional autonomy, and in the case of the next C-Class this will mean that the car is capable of looking after hands-off motorway driving at speeds of up to 81mph. However, the driver must remain ready to take back control.