It’s actually a common thing to render in the “face swap” genre of digital art, mainly because the G-Monster is so unique. But there are some pretty serious challenges because very few other cars are shaped like bricks. The Suzuki Jimny is an obvious exception, which is why they managed to make mini G63s out of it.

But anyway, the face that needs to go on the G-Class belongs to the AMG GT, a low, wide sports car with the proportions of a Dodge Viper and snarling attitude to match. It’s the complete opposite of the SUV, which is modern underneath, but still looks like it was made in the 1970s to fight the USSR.

If you ever had the idea of rendering two cars together like this but don’t know a lot about Photoshop, we recommend watching this video because it explains what could go wrong. The main thing is perspective, the art of representing 3D objects on a two-dimensional surface so as to give the right impression of their proportion and placement. 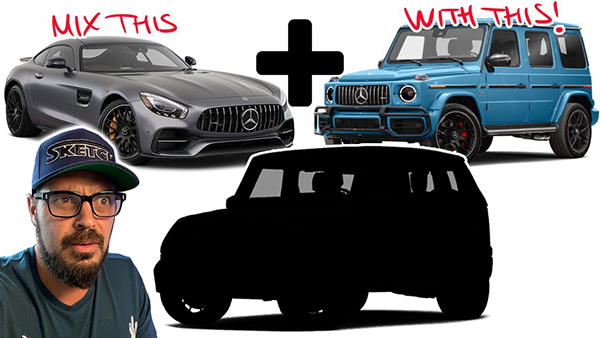 And to be honest, for a guy who knows everything about perspective, TheSketchMonkey sure picked a bad AMG GT photo, taken from a partial top-down view. This means you see too much of the hood compared to the G-Class, where you basically don’t see it at all.

The most important tool used here is called Liquify and helps the artist move the pixels until they’re in the right place. At this moment, we’d like to complain that Photoshop’s famous utensil doesn’t cooperate with layers, so you can’t see what you’re doing properly. 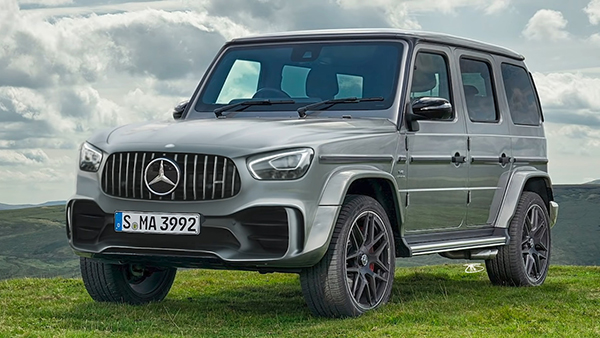 Many people will say that the G-Class doesn’t need a sports car face, and that’s obviously true. TheSketchMonkey argues that Land Rover failed by giving the Defender too many 21st-century characteristics.

But we couldn’t help noticing how this rendered mix of AMG GT and G-Class looks like a concept Mercedes actually made. We’re talking about the Ener-G-Force, which no self-respecting fan of the brand will ever forget.