In the past, automakers who built track-focused versions of their everyday sports cars aimed to increase performance and shed as much weight as possible, so the cabins were usually stripped of comfort-oriented features. That is not the case with Mercedes-AMG’s GT Black Series, which gains exclusive features without losing many of the creature comforts and luxurious feel of its standard siblings. 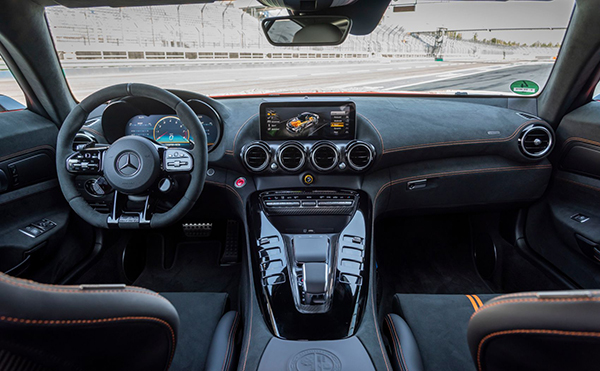 Revealed last summer, the wildest member of the AMG family instantly made our jaws drop. Just by looking at the spec sheet, we realized that this was not an ordinary beefed-up GT but arguably the most epic road-legal vehicle to come out of Germany.

It borrows a host of aerodynamic features from its race car siblings and comes with a bespoke adaptable suspension system that includes a dual adjustable carbon fiber torsion bar. But above all, it’s powered by the most potent V8 ever fitted by AMG on a production vehicle. The rabid powerplant produces 720 hp (537 kW/730 PS) at 6,700-6,900 rpm and delivers a maximum torque of 800 Nm (590 lb-ft) between 2,000 and 6,000 rpm. 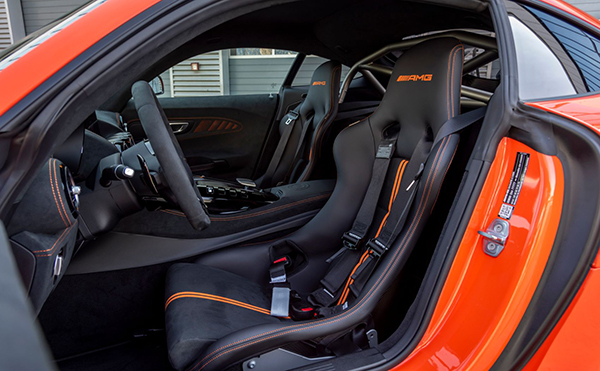 To prove just how good the car is, the folks at Mercedes-AMG took it to the notorious Nürburgring Nordschleife last year, where long-time factory driver Maro Engel managed to set a new lap record for a production car, with a time of 6:43.616.

Taking all this into consideration, you would expect to find a spartan interior when opening the aluminum doors. Still, the designers managed to integrate track-specific features without compromising the luxury and comfort that Mercedes vehicles are renowned for. 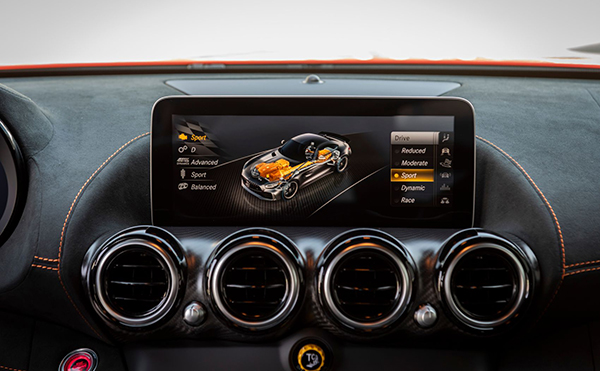 The first thing that will draw your attention is the Recaro carbon-fiber bucket seats. Unfortunately, these are not offered in the U.S., Canada, or China, where the car is available with comfier (and heavier) Performance variants. Furthermore, both door panels have been redesigned with weight-saving in mind, and the pull handles were incorporated into the armrests. 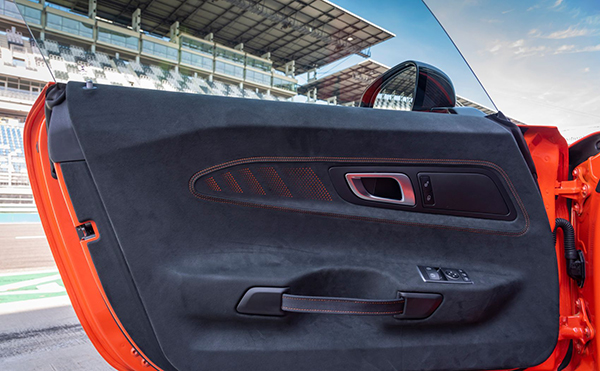 The track weapon uses Mercedes-AMG’s Performance steering wheel that can be also had on other GT variants, but you’re reminded that this is a Black Series by the subtle badge placed between the bottom spokes.

Moving on to the dashboard and center console, you’ll find most of the features that you get on the standard model. These include the 12.3-inch digital cluster and 10.25-inch infotainment screen or the eight touch buttons on the V-shaped console, albeit with slightly different functions such as one that controls the rear aerofoil flap. The carmaker states that it recalibrated them for use with racing gloves. 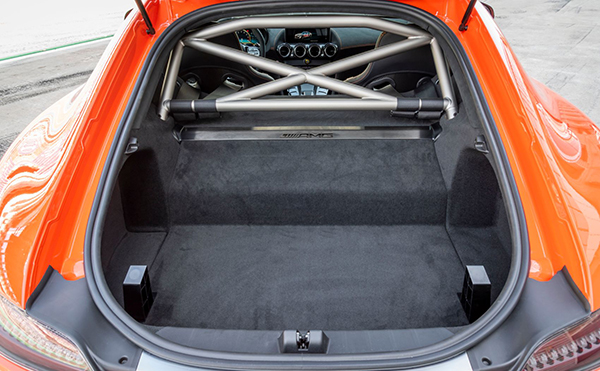 A notable addition is a yellow race-inspired knob found under the four central air ducts. It can be used to fine-tune the traction control level when the vehicle’s ESP is turned off.

Outside the U.S., Canada, and China, the car can be equipped with an optional AMG Track Package, which adds four-point seatbelts for driver and passenger, a fire extinguisher, and a lightweight titanium roll-over cage.

To sum up, the AMG GT Back Series cockpit manages to combine all the features and upscale design you would expect from a Mercedes with the track-focused equipment needed to safely channel your inner Maro Engel. Just don’t think you can set a 6:43.616 laptime on the Green Hell.