The Mercedes-AMG GT Black Series is the latest to join Affalterbach’s exclusive ultra-performance club. Casting aside every bit of luxury left, this GT is just a few mods short of being a full FIA GT4 race car, if not GT3. And with a price tag near $390,000, it’s worth every penny in performance. 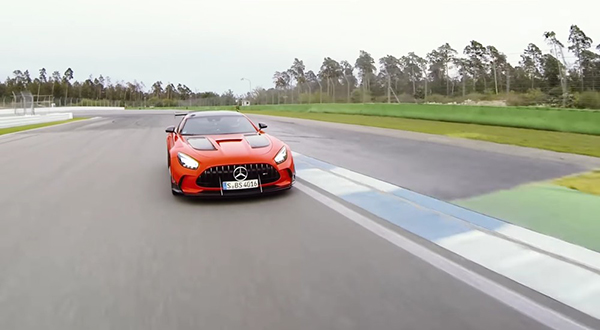 To drive the point home, German publication Sport Auto (via CarScoops) recently took an orange-and-black example out to the Hockenheimring in Hockenheim, Germany for a couple of laps. What they discovered was a machine not even the GT R Pro can touch. 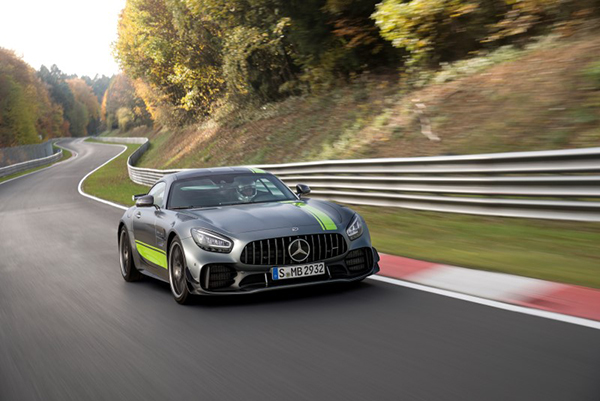 Half of the magic, of course, is the twin-turbo 4.0-liter V8. AMG remodeled the motor thoroughly, giving room for 720 horses and their combined 590 lb-ft of torque to gallop furiously through the seven-speed dual-clutch to the rear. The other half, though, is the aero kit. Pulling from the GT3 playbook, the GT Black Series active aero yanks down 882 pounds of downforce at 155 mph. Thus, it is as glued to the ground as a fly is to fly paper.

All of that aero is certainly helpful when launching off the line, too. After all, the Black Series reaches 62 mph in 3.2 seconds, 124 mph in under 9 seconds, and tops out at 202 mph. It may be part of the Black Series, but this GT will leave your knuckles white under the driving gloves.

The GT Black Series will likely leave Porsche white in the face, too, once it takes a swing at the Nurburgring. The current ‘Ring king is the Porsche 911 GT2 RS MR, which took on the full course in 6.40.33 in 2018, per Auto Express. We can’t wait to see AMG knock Porsche’s block off.