The global automotive industry has always looked up to Mercedes-Benz as a pioneering force of automotive technology. The tri-star brand is responsible for establishing segment-defining benchmarks for luxury, safety, and performance. As the automotive world adopts electrification as the future of vehicle propulsion, Mercedes-Benz faces a new challenge as a possible plug-in performance sedan threatens the company’s hallowed Black Series product range. 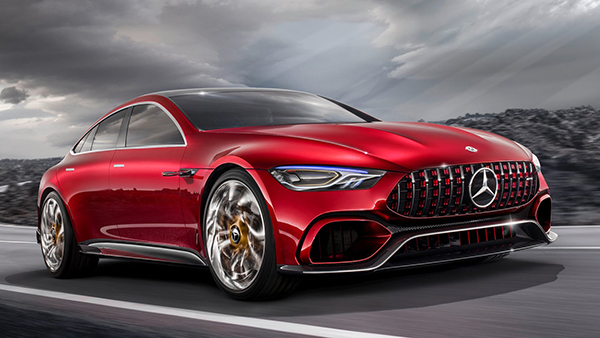 Earlier this month, Daimler AG announced that electric versions of AMG, Maybach, and G-Wagen nameplates will soon join the company’s product portfolio. Automotive website The Drive managed to get some face time with Koert Groeneveld who is the Head of Product and Technology Communications at Mercedes-Benz. Even though Groeneveld refrained from disclosing any details about the company’s upcoming models, he did suggest that a certain Mercedes concept from the past will prove to be monumental in defining the future of AMG.

“Can’t reveal any details at this point in time, however, maybe you remember our AMG GT Concept of Geneva 2017? Such a vehicle/powertrain concept will for sure be an important chapter in the book of Future Performance at Mercedes-Benz. But it will not be the only chapter” said Groeneveld while replying to questions raised by The Drive.

For the uninitiated, the 2017 Mercedes-AMG GT concept was a four-door hybrid performance sedan with specifications that could rival AMG’s coupe models that qualify for AMG’s intimidating Black Series Treatment.
The Mercedes-AMG GT Concept featured a hybrid powertrain which according to the company benefited from advanced charging techniques in addition to regenerative braking.

A 4.0-liter, bi-turbo V8 sat under the hood of the AMG GT Concept which fed the power into Merc’s proprietary 4MATIC+ AWD system. The concept car’s battery pack powered an electric motor that was mounted on the rear axle and therefore allowed electric-only mobility. The combined power output of the hybrid drivetrain was rated at 805 BHP and it was said that the AMG GT Hybrid could accelerate to 60 MPH from a standstill in less than three seconds.

Since then Mercedes-AMG has unveiled its all-new Energy Recovery System which uses electric exhaust gas turbochargers to eliminate turbo lag. The company also revealed that its redesigned 2021 S-Class flagship sedan will be capable of recharging its batteries with the aid of electro-hydraulic suspension. Mercedes also announced that it is currently developing two new dedicated EV platforms – the Mercedes-Benz Modular Architecture (MMA) and the Electric Vehicle Architecture (EVA).

The company plans on introducing EVA sometime next year and the architecture has been designed to underpin the company’s larger models. MMA will make its debut in 2025 and will be used to develop compact and mid-size EV models. Considering the tri-star brand’s impressive progress in the electrification space and multiple sightings of possible prototypes, it is quite likely that Mercedes-AMG GT Hybrid might soon be a reality.