The Texas owner of a rare race car is now on the lookout for it after the trailer housing it was broken into overnight.

After interacting with the police officers, the owner found out that he was not the only victim of car thefts recorded there in the last couple of months. That area of San Antonio has seen an increase in auto thefts and burglaries since the beginning of 2022. In addition to stolen cars, there have also been cases where thieves have stolen property from cars, such as a Paralympic athlete’s medals from his Tesla.

The Mercedes owner is hoping to find his car as it is a fairly rare model, known to the entire community of race car enthusiasts in the area. According to him, there are less than 200 examples of this model in the world, which might make it easier to find.

In case the thieves thought they could sell the German sports car there is a problem. The car cannot be legally driven on public roads, and cannot be registered. There is no other use for it other than racing. 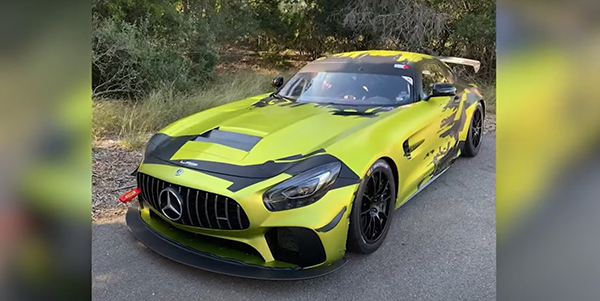 The 2018 Mercedes-AMG GT4 is powered by a four-liter twin-turbo V8 engine hooked up with a 6-speed sequential shifter, producing 510 horsepower and a maximum torque up to 600 Nm (442 lb-ft). According to the Germans the Mercedes-AMG GT4 reaches a top speed of over 250 km/h (155 mph).

To achieve maximum performance on the race track, the Mercedes-AMG GT4 has been weight-optimised using aluminium and carbon for the chassis and bodywork, model weighing only 1390 kg.

To give you an idea of the price a Mercedes-AMG GT4 currently sells for around $209,000.