Mercedes-Benz A-Class is introducing a facelift for its models rolling out in dealerships next year. Spy shots hint that both the compact sedan and the hatchback models of the range are getting the same treatment.

The new A-Class spy video shows us the same level and positioning of the test cars’ camouflage as the previous ones. The hidden fascia hints that most of the changes will be directed there. These are expected to include new LED headlamps, a revised front grille panel, and redesigned air inlets on the front bumper.

Meanwhile, the back hints at changes on the base of the rear bumper and taillights. Noticeably, there’s a strip of camo bridging the lights, which we suspect is concealing a LED strip running across the liftgate of the hatchback and boot lid of the sedan. 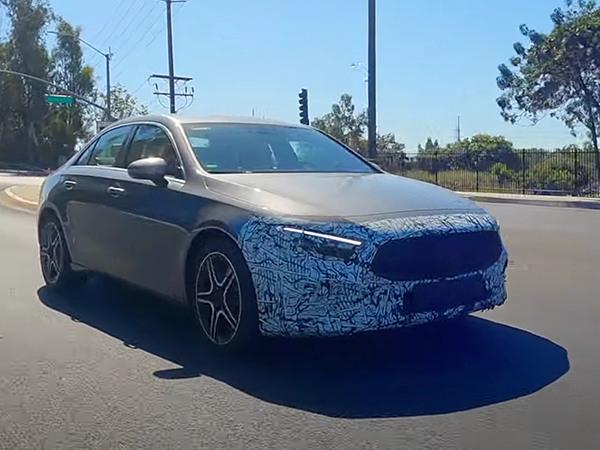 The interior of the A-Class is not visible in the spy video but we think that there are more updates in there that will mirror the offerings of the new C-Class, or at least replicate the cockpit of the EQA. Under the hood, the facelifted A-Class will likely keep the powertrains found in its current models.

The A-Class has had a storied run in the three-pointed star marque. The car has been in production since 1997. Now in its fourth-generation series, it continues to have a strong presence in the most affordable, premium, compact car segment of Mercedes. However, there are reports that it may soon ride into the sunset due to its dwindling sales and to strengthen its brand’s focus on its electrified sibling, the EQA. With those things in mind, the future of the A-Class as 2025 approaches remains in jeopardy.