The A-Class is the smallest out of all the Mercedes cars and in 2012, it made the transition to becoming a compact car, essentially a VW Golf rival. The American market only got it once the next generation was introduced with a sedan version a couple of years back. 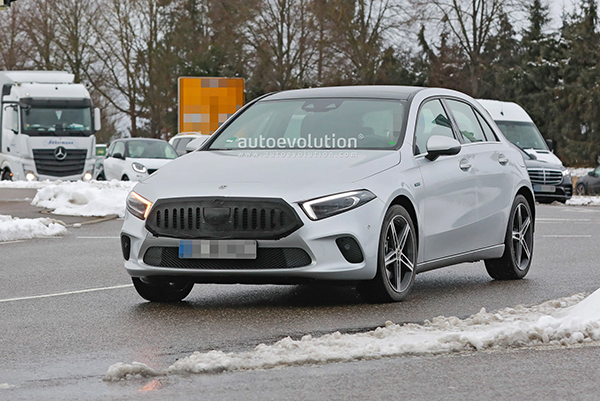 But nearly 100% of German cars must get a mid-life facelift, even exotics like the AMG GT. And so work has begun on updating the baby luxury car. We’ve just spotted this unassuming-looking silver hatchback in its hometown. The only obvious change is a bit of camouflage over the front grille, which we presume will follow the styling of the C-Class. 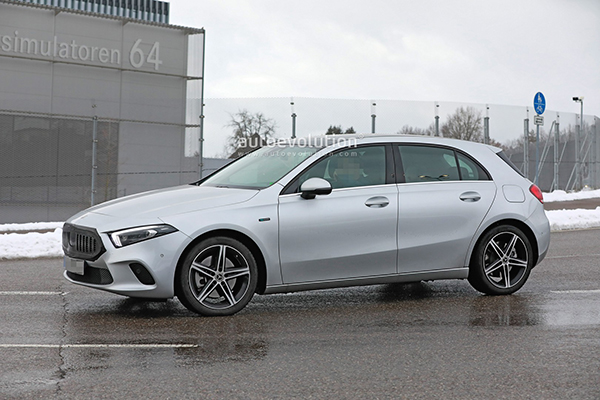 But Mercedes facelifts take forever to develop, usually over 18 months. So that leaves plenty of time to change the car. For example, the old A-Class, the W176, received new lights, bumpers, colors, and wheels. This is a way to keep customers interested, and most of the features are also shared with other compact cars, such as the GLA, CLA, and GLB. 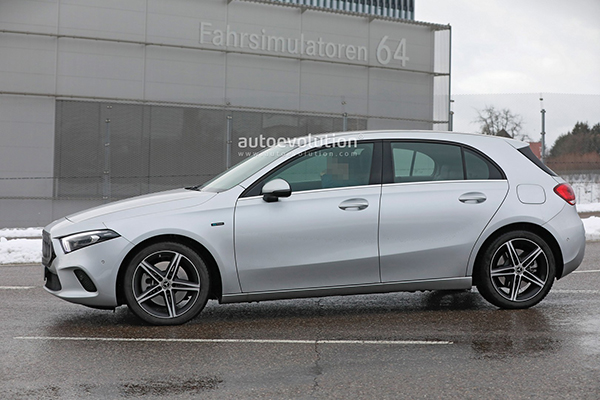 The prototype we see here is badged as “A 250e,” which means it’s the plug-in hybrid model belonging to the EQ Power family. The model combines a 1.3-liter turbo engine with an electric motor to produce 218 PS (215 hp). So it’s like a Golf GTE, only without the sporty-looking body kit. 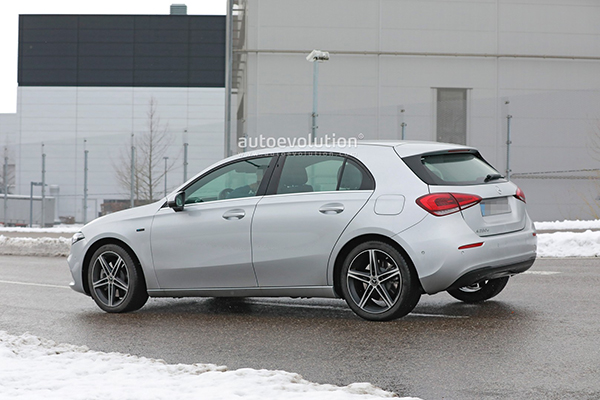 The engine in this plug-in is similar to the one Renault and Nissan use. There have been rumors of a partnership split, which could explain why they need to test it again. But it’s also possible that the 15.6 kWh battery pack is the star of this show. 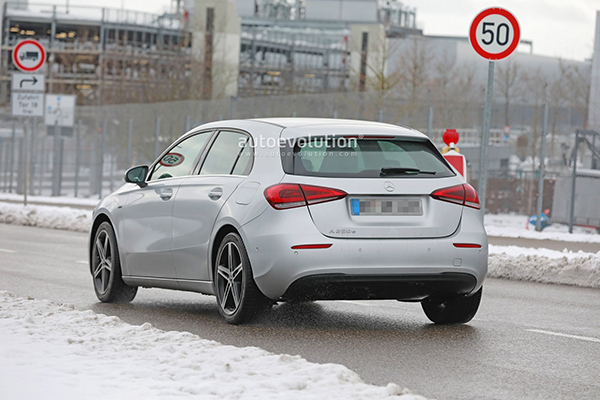 The engines offered in the A-Class have an almost constant rate of updates, sometimes changing displacement, name or power from one year to another. For example, they used both 2.2 and 1.8-liter engines in the A 200 CDI, which is now called the A 200d and has a 2.0-liter unit. Over in the States, we don’t foresee any changes in this department, as the small sedan will continue to have a low-output turbocharged four-cylinder in the A 220 as well as a 302 hp configuration for the AMG A35 performance model.