According to press reports it looks like Mercedes will not only discontinue the B-Class but also the A-Class. 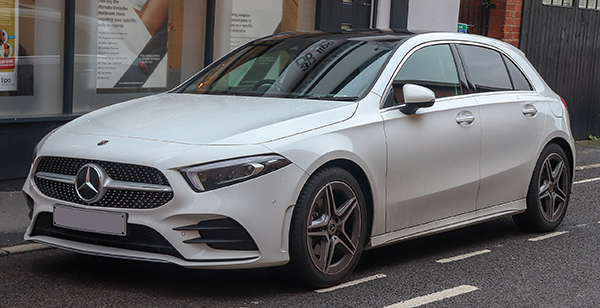 Mercedes CEO, Ola Kallenius, said that he does not want to compete with volume manufacturers and that Mercedes’ mission is different. This statement comes to confirm the brand’s new strategy presented at the general meeting of shareholders in October 2020 when Mercedes announced that it wants to focus on the luxury segment.

Mercedes’ boss will soon present the brand’s new strategy and in this context is expected to announce the discontinuation of the A-Class and B-Class. This decision may also be influenced by the current market context due to the chip crisis. As expected, Mercedes has focused more on the more expensive and profitable models to be able to satisfy the demand. The small and compact class cars are less and less profitable and the new complex assistance systems and the expected transition to Euro 7 will lead to cost increases that are increasingly difficult to assimilate in cheaper cars.

The current generation Mercedes A-Class was launched in April 2018 and will continue until 2025 and the B-Class until 2024. Although Mercedes has radically changed the design of the B-Class which looks more like a lifted station wagon than a classic minivan, demand for this body type continues to decline. Mercedes has tried to boost demand with PHEV versions but the volumes are not enough. No telling what will happen with the A-Class sedan which is strongly competed by the CLA, which is selling better.

What is certain is that Mercedes will introduce the MMA platform in 2024, a year earlier than officially announced. As announced at the October 2020 shareholder meeting, this platform is dedicated to both compact and mid-size class models. The MMA (Mercedes Modular Architecture) is a platform designed primarily for electric propulsion but also supports PHEV systems with 3- and 4-cylinder engines likely mounted in transverse position.

To fulfil its plan to launch 20 electric models by 2030, Mercedes needs to optimise its range. That’s why a number of models have already disappeared from the Mercedes range such as the X-Class, S-Class Coupe and Cabrio, and the new AMG GT will only have a coupe version.