Mercedes-Benz offers a unique model for each of the 7.7 billion individuals inhabiting planet earth. Forgive us for using hyperbole, but Mercedes does have a massive range of cars, some of which have not been well received. 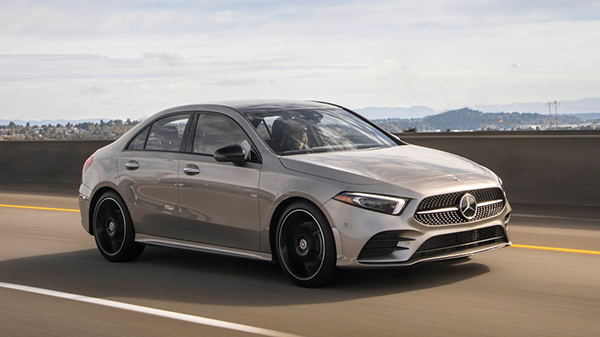 The Mercedes-Benz A-Class sedan is a prime example. It has been a slow seller in the USA and will be culled by the end of this year. According to a recent report, the hatch and its MPV cousin also face the chopping blocks in other markets. Neither the hatch nor the B-Class is sold this side of the pond.

This is all part of Mercedes’ master plan to move out of entry-level luxury. The margins on high-end cars are much higher, after all.

There is hope for an all-electric A-Class, however. Auto Express spoke to the project manager for the Mercedes EVA2 platform, Holger Enzmann who said that the EVA2 platform would only be used for larger EVs like the EQE and EQS, but did not rule out a smaller EV. ” You can be sure we’ll see a vehicle in this segment,” said Enzmann.

Earlier this year, Mercedes announced that it is working on a new platform dubbed MMA. It’s unique in that it can be used to underpin both electric and ICE vehicles, though EV takes preference. It will likely represent the turning point for Mercedes where it will stop producing EVs that look like ICE products and make ICE cars based on existing EV platforms instead.

The MMA platform is expected to arrive in 2024, but don’t expect the cars built on it to be cheap. As mentioned earlier, Mercedes intends to move out of the entry-level segment or rather move the goalposts of the segment.

Mercedes fully expects its market share to plummet by as much as 25% by 2026, but it won’t matter. An increase in selling price will easily offset the decrease in volume.

For proof of concept, look no further than BMW’s earnings during the first quarter of 2022. BMW was also hit by supply chain issues, but it could provide a steady supply of semiconductor chips to its high-end offerings, netting a neat profit even though sales were down by 6.2%.