There are no less than six cars currently on sale in the UK that will depreciate less than 10 per cent after the first three years of ownership. 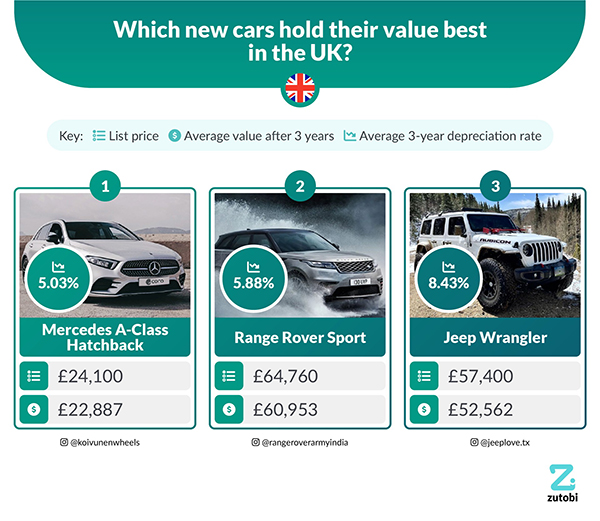 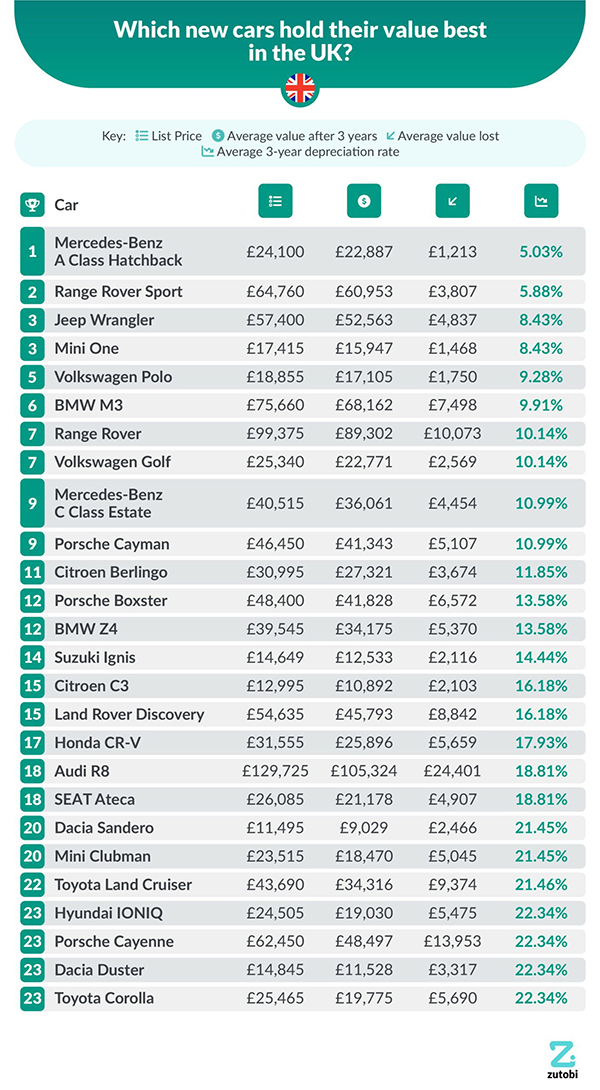 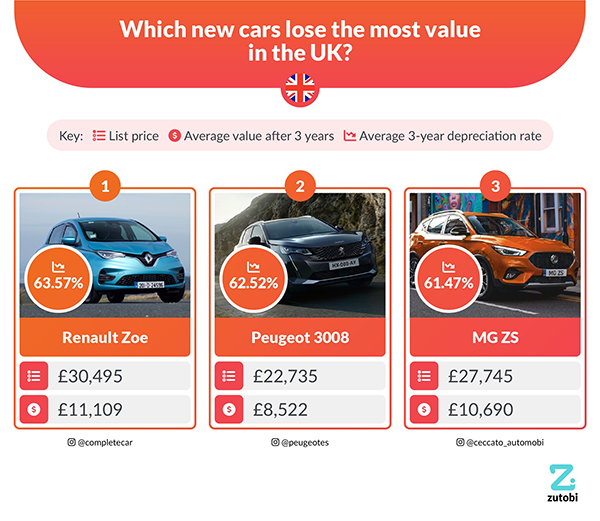 A number of other cars retain their value surprisingly well. These include the Volkswagen Polo with a 9.28 per cent decline in value, the BMW M3 at 9.91 per cent, Volkswagen Golf (10.14 per cent), and Mercedes-Benz C-Class Estate and Porsche Cayman, both at 10.99 per cent. 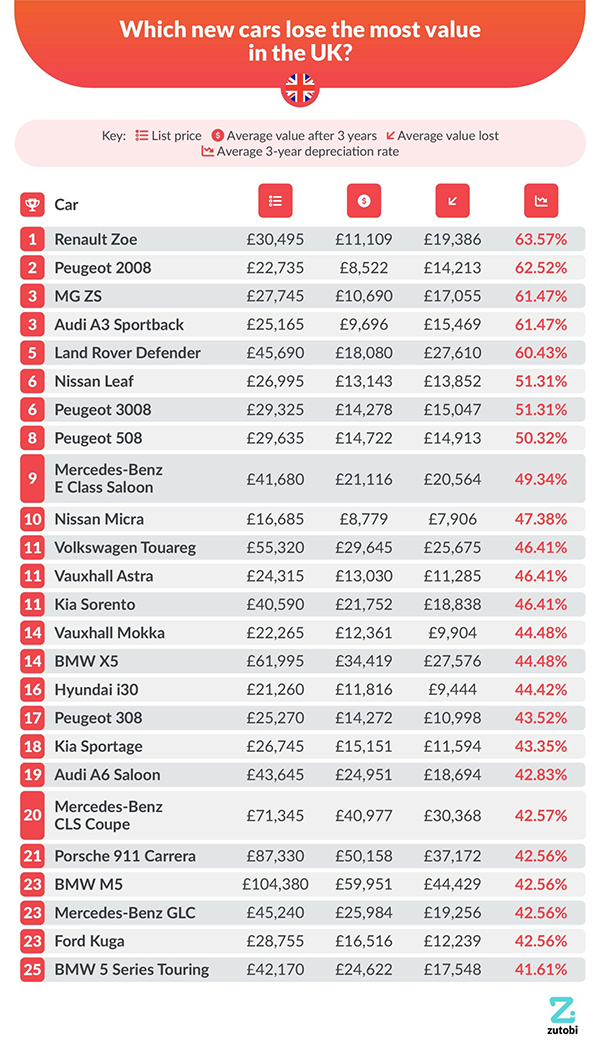