We’ve already spotted facelifted development cars for the next high-performance Mercedes-AMG A 45 model, and our spies have caught a first glimpse of the standard A-Class hatchback ahead of next year’s launch. This prototype car was spotted wearing heavy camouflage on the front and rear bumpers, but even so, styling changes will be minimal for the updated model. 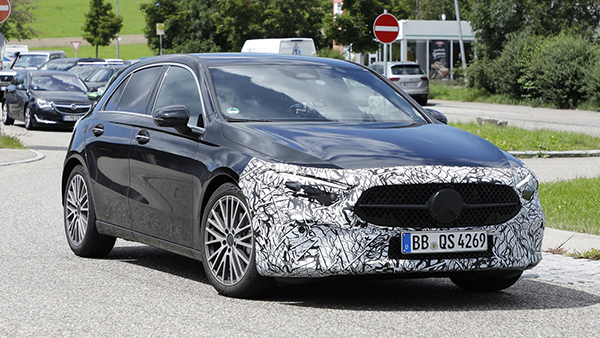 The front grille looks to be unchanged, with a familiar single-bar design, but we expect a set of refreshed headlights and a tweaked front bumper beneath the disguise. 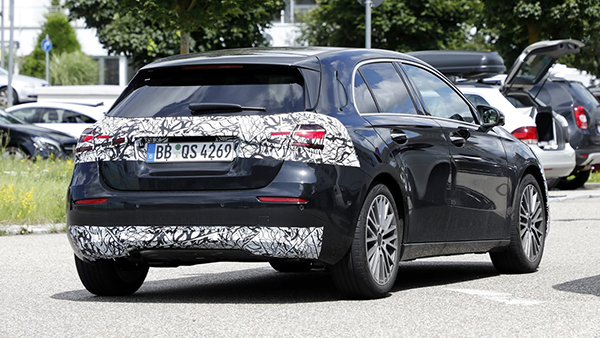 At the rear, concealed tail-light clusters also hint at an updated lighting array, while a camouflaged lower bumper indicates a redesigned diffuser and tailpipe set-up. It appears that the rest of the exterior remains identical to the current car. 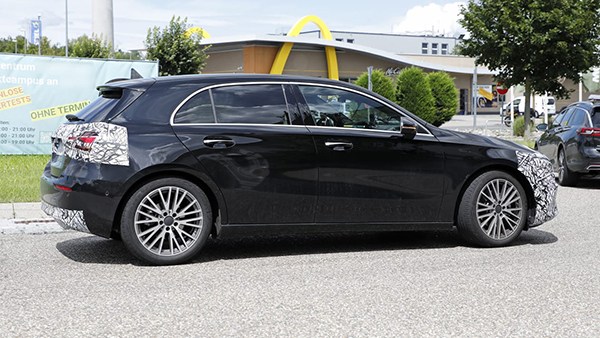 Inside, the new A-Class could adopt the twin-spoke steering wheel fitted to Mercedes’ latest models, as well as the newest MBUX-based infotainment system, which uses a portrait-orientated display and does away with physical climate controls. 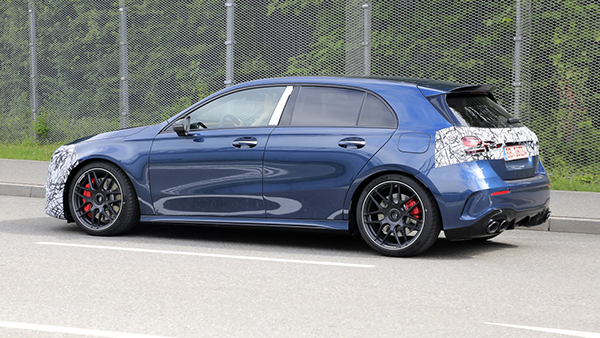 Development of the updated AMG A 45 model is also underway, with the facelifted hyperhatch caught testing earlier this year. The AMG-variant retains the same ‘Panamericana’ grille, muscular bonnet bulges and quad-tailpipes of the current car, but will likely feature tweaked light clusters and updated front and rear bumpers. 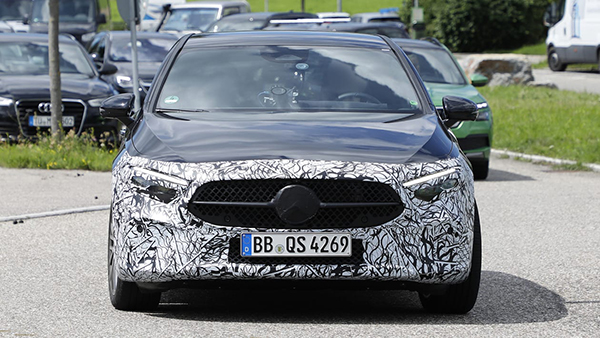 Putting out 415bhp, the current A 45 S is the most powerful hot hatchback on sale, and the facelifted version could pull further ahead with another bump up in power. Powertrain details are yet to be released, but the car is likely to retain the eight-speed dual-clutch automatic gearbox and 4MATIC four-wheel drive system used by the current A 45.

The facelifted A-Class is set to launch late next year, with prices and specs to be revealed following the unveiling of Mercedes’ new premium hatchback in standard and sporty AMG form.