A piece of news that shouldn’t come as a complete shock to anyone is now official, more or less. Automotive News claims it has obtained a memo sent to Mercedes dealerships stating that the entry-level A-Class Sedan will be retired at the conclusion of the 2022 model year. The hatchback is also supposedly on its way out. 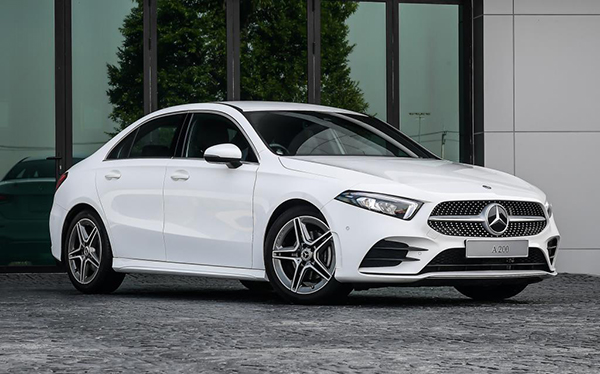 CarBuzz exclusively reported in early December that the more powerful AMG A35 had been dropped from the 2022 lineup; the base model’s demise was a logical next step. The CLA-Class will now become the gateway into the Mercedes sedan lineup but its time may also be limited.

The A-Class’s departure can mostly be blamed on one thing: crossovers. Mercedes already offers a healthy lineup of crossovers, starting with the GLA. Both ride on the same front-wheel-drive-based platform. All-wheel drive is optional.

The A-Class Sedan arrived in the US for the 2019 model year and was supported by an expensive ad campaign that included a Super Bowl commercial. Ultimately, that didn’t pay off. Its first model year was also its best sales year with a total of 17,641 units sold. That figure dropped to just 8,108 units at the conclusion of last year. Mercedes declined to comment on the report.

The idea behind the A-Class Sedan was to achieve volume sales. Having a premium luxury vehicle with a starting price of just under $34,000 made sense at the time. But things have dramatically changed. The onset of the pandemic coupled with a focused shift to an all-electric vehicle lineup with its lineup of EQ-branded models has ultimately led to Mercedes making this decision.

The eventual end goal, like for all automakers, is to phase out internal combustion-powered models entirely. What also hurt the A-Class Sedan was its low gross profit average; it was never a solid money maker. The base model comes powered by a 2.0-liter turbocharged inline-four rated at a respectable 188 horsepower and 221 lb-ft of torque. The AMG A35 has the same engine but with output increased to 302 hp and 295 lb-ft, and standard all-wheel drive.