A Vancouver couple sued Mercedes-Benz Richmond for refusing to fix a steering wheel defect in their Mercedes-Benz S-Class. The S550 was purchased brand new in 2017, and since then, it only logged 6,500 kilometers in its odometer. The car remained in their garage for almost three years because the owners claimed that they were too afraid to drive it. 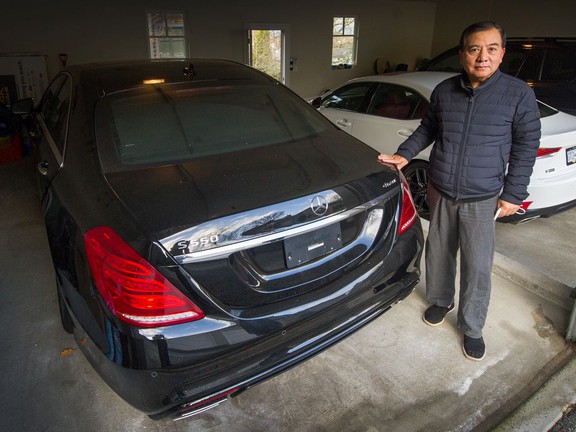 According to Vancouver Sun, the complainants were the couple Datong Fang and Guifang Ho. The report said they bought the S550 for $160,000 in the spring of 2017. Less than a year later, the steering wheel of the car suddenly stopped working while it was being driven. They immediately notified their dealer about it but it responded that there’s nothing wrong with the vehicle. The problem persisted for the second time but the dealer refused to repair it. As a result, the couple stopped using the car from April 2018 up to the present.

Mercedes-Benz Richmond advised the couple to either continue using their car or to sell it. Fang refused the dealer’s recommendation for fear that the issue of their car might endanger its next owners. Eventually, the couple went to the headquarters of Mercedes in Germany, and they were told that the auto must be recalled or repaired.

In 2019, Fang sued Mercedes-Benz Canada in the British Columbia Supreme Court claiming unspecified damages for the loss of enjoyment of the vehicle. The trial is yet to start.

“Mercedes-Benz Canada deeply values the relationships we have built with our customers across the country,” said the company’s corporate communications manager, Zak Paget, via email. Mercedes refused to further comment due to the ongoing legal proceedings.

Upon further examination of the matter through Cars.com, we found out that although the S550 in question was not a subject for recall in Canada, Mercedes-Benz USA did notify owners of the potential problem in the unit. The automaker noted that a transistor in the power steering control unit of the car may overheat, which might result in the power system being disabled. If left unchecked, it may increase the risk of a crash. MBUSA offered its customers a free fix for it if needed.