An early example of the Mercedes S-Class from the W221 generation took a trip to Germany to one of the remaining unrestricted sections of the Autobahn for a top speed run. 16 years after being built and showing nearly 190,000 kilometers (118,060 miles) on the odometer, the luxobarge still has plenty of muscle to flex while providing a decent soundtrack for an oil burner.

The diesel engine in question is a 3.0-liter V6 with 232 horsepower (173 kilowatts) and an ample 540 Newton-meters (400 pound-feet) of torque or at least that’s how much the CDI cranked out back in the day. The S-Class with a diesel engine was born to devour miles on end at the Autobahn, and this S320 CDI effortlessly does the job while the driver is bathed in the luxury you’d come to expect from the Mercedes flagship. 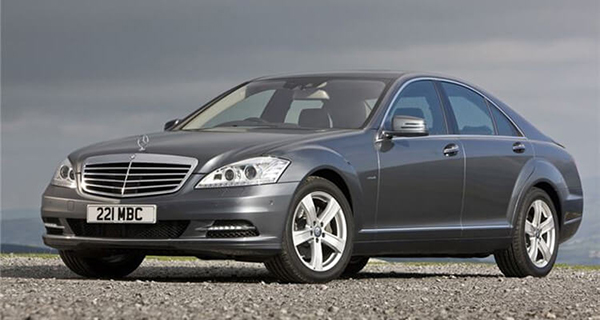 We also have some numbers to share as the car came with the GPS-based Dragy performance meter, recording a 0 to 62 mph (100 km/h) in 8.45 seconds. That’s nearly a second slower than the official time quoted by the three-pointed star when the S320 CDI came out in 2006, but still more than adequate performance for a fullsize sedan that weighs 2,025 kilograms (4,464 pounds).

On its way to an electronically governed top speed of 155 mph (250 km/h), the diesel S-Class needed 26.17 seconds for the 62 to 124 mph (100 to 200 km/h) journey while remaining perfectly composed. The S320 CDI proves it’s a solid choice for an Autobahn bruiser, and while it might not have all the latest tech, it still has plenty of kit even by today’s standard.

As with most luxury cars, depreciation has hit the W221 quite hard, provided you’re brave enough to buy a former Mercedes flagship with six-figure mileage and deal with any potential electric gremlins that might come up.