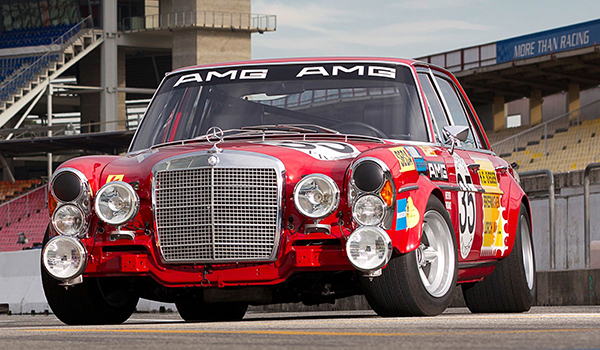 Legend has it that in 1971, the company took a damaged Mercedes-Benz 300 SEL 6.3 and converted it into a race car, an insane idea, considering that the dictator-favorite vehicle was built to provide a high level of luxury and comfort.

Weighing nearly two tons, it was factory fitted with a 247 hp (184 kW) 6.3-liter M100 V8, making it one of the fastest production four-doors at that time. AMG engineers took this powerful unit and enlarged its displacement to 6.8-liters, and increased its output to no less than 422 hp (315 kW). 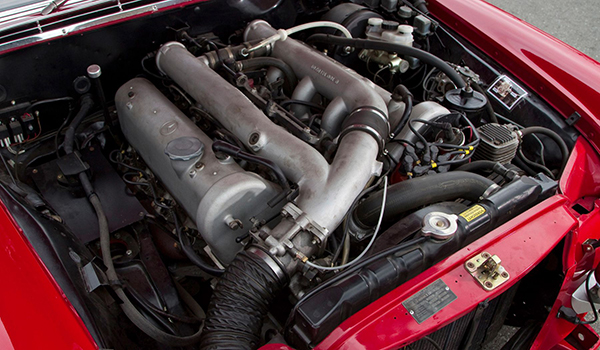 The suspension was also modified with the help of the experts at Bilstein, the company that supplied Mercedes-Benz with the original equipment for its production models since 1957. The race car was fitted with a stiffer air suspension system with supporting conventional shocks on the modified rear axle, larger wishbones, and a heavy-duty differential. 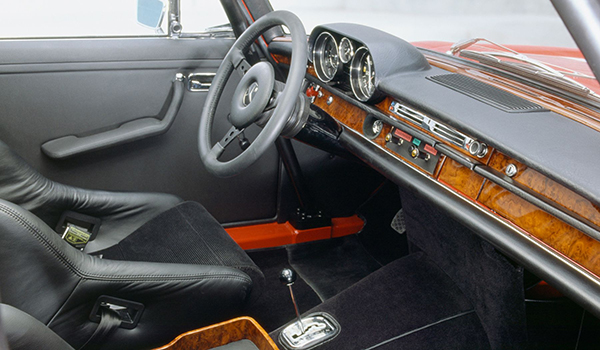 For the exterior, everything deemed unnecessary was stripped down, the wheel arches were enlarged to make room for the wide 15-inch magnesium wheels, while the conventional steel doors were replaced by aluminum variants. These modifications reduced the car’s weight from 1,830 to 1,635 kg (4,034 to 3,604 lbs).

In July 1971, the race car was taken to Belgium for the 24 Hours of Spa, one of the most challenging endurance races on the continent. Fans and fellow race drivers couldn’t stop laughing when they saw this huge red sedan that seemed out of place among the competition, which included the Alfa Romeo GTA, Ford Capri RS, BMW 2800 CS, or Chevrolet Camaro. 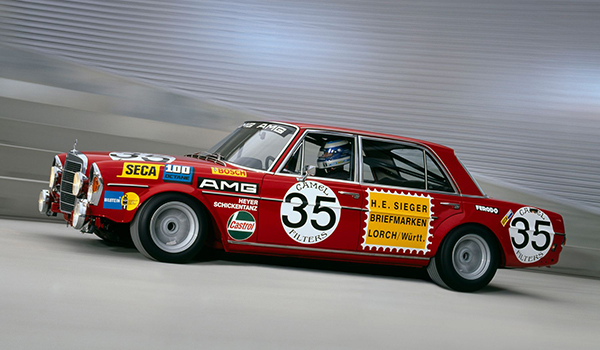 But laughter quickly turned into astonishment for the 80,000 plus crowd when the ‘red pig’ co-driven by Hans Heyer and Clemens Schickentanz crossed the finish line second, behind the works Capri of Dieter Glemser and Alex Soler-Roig, after 308 exhausting laps.

This amazing result also meant victory in its class and an overnight rise to stardom for AMG, a name that was all over German news in the following weeks. 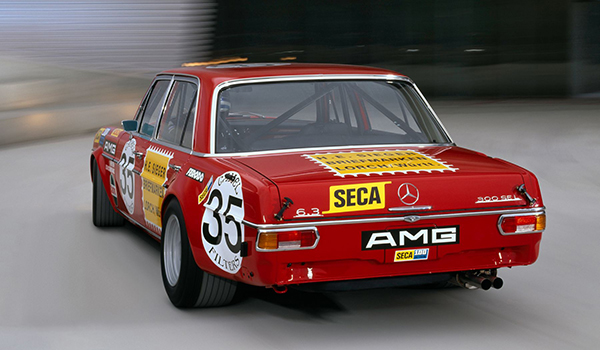 Unfortunately, the story of this iconic car doesn’t have a happy ending. Due to multiple changes in regulations, the car was unable to compete in high-profile races, and AMG ended up selling it to French company Matra, which used it as a test car for high-speed testing of aircraft tires.

The original #35 car that competed at Spa is considered lost today since it’s unclear what happened to it after its testing career. Some faithful replicas were created over the years, one of which was built in 2006 by Mercedes-AMG faithfully following the original drawings.

Fifty years after its amazing performance, the spirit of the 300 SEL 6.8 lives on through every modern AMG model. The three letters have since become synonymous with high-performance perfection and motorsport excellence.