It was not long ago when smartphones and smartwatches became essential tools for our daily purchases. A revolution in itself, the tech that allows these items to be used not unlike a credit card has pretty much revolutionized payments and purchases, and they couldn’t have come at a better time, given the ongoing health crisis. And now comes something even more exciting. 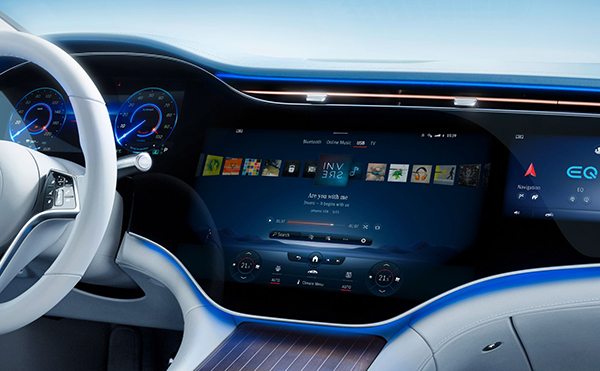 For a while now, carmakers have been trying to find ways to allow vehicles to act as intermediaries for payments. The Germans from Mercedes, for instance, have in place something called Mercedes pay, which allows its customers to buy goods and services directly in the car. But given how this is an expanding segment, and the tech has its limitations, Mercedes’ parent Daimler announced this week a major step towards transforming pay and the MBUX infotainment system into the ultimate financial tools.

The company said it has partnered with VISA to use the latter’s Delegated Authentication technology, but also the Cloud Token Framework (the first carmaker to announce this) to allow for native in-car payments.

What that means is the MBUX system will have as of next year this new function, allowing people to pay for stuff while using their fingerprint as part of the two-factor authentification. Mercedes says the first to get the new feature are customers in the UK and Germany, as of the spring of next year, but other markets will follow as well.

The move was made as experts estimate the volume of in-car payments to increase to $86 billion by 2025, a rise fueled by the ever-increasing pool of connected cars.

“In partnership with Visa, Daimler aims to offer native in-car payments that meets the requirements of two-factor authentication in a secure and user-friendly way,” said in a statement Franz Reiner, Chief Executive Officer at Daimler Mobility.

“There is nothing more convenient than authorising a payment with your fingerprint. A luxury customer experience of course includes the aspect of safety, and we fulfill that through native in-car payment. We offer our customers security not only when driving, but also when paying.”