When you think of skateboarding, your mind probably jumps right to amped-up Mercs from Mercedes-AMG. After all, nothing says kickflips and wallrides like a $160,000 AMG G63, right? That’s actually one of four special AMG art cars recently unveiled a new collaboration between the automaker and Palace Skateboards. 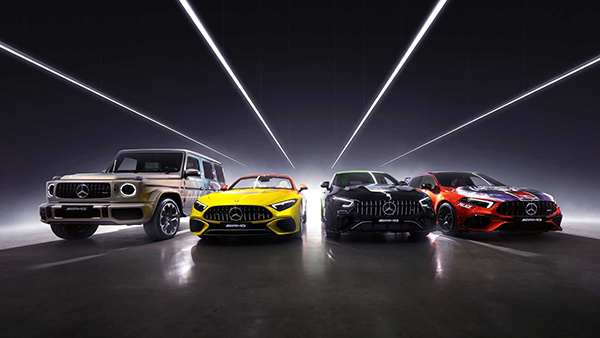 Specifically, the folks at Affalterbach turned a creative eye to the A45 S, the aforementioned G63, an SL63, and an AMG GT63. These Palace Edition vehicles are all one-off creations, with each design paying homage to one of four major cities where Palace Skateboards opened flagship stores: Tokyo, Los Angeles, New York, and London. The final interpretations are obviously different, but each vehicle utilizes a seven-layer exterior finish to create a color-shifting effect. They also feature special badging and Palace logos, and all were created at the AMG Performance Studio in Affalterbach. 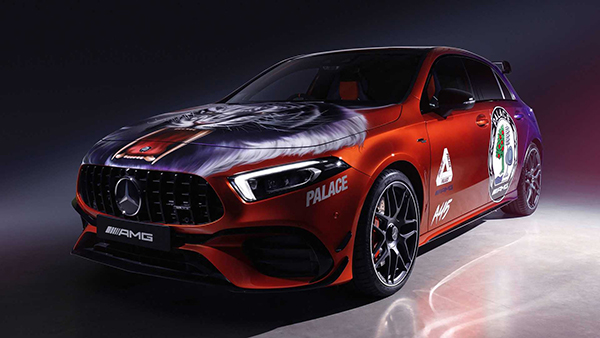 Mercedes-AMG A45 Palace Edition “Tiger London”
Merc’s hot hatchback is tasked with representing London, shimmering in a red-blue color shift exterior with a large Palace logo on the doors and an even larger tiger head on the hood. Inside, you’ll find red-blue seats that match the paint job. Mercedes says this art car is a tribute to the UK custom car scene through the 1960s, 1970s, and 1980s. 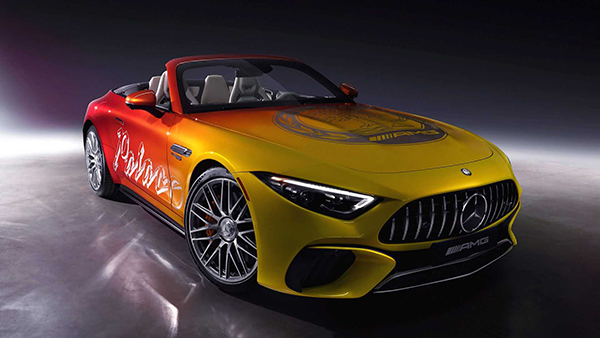 Mercedes-AMG SL63 Palace Edition “Sunset LA”
Summer never ends in perpetually sunny Southern California, and that’s the motif for this custom convertible. Shifting from yellow to orange, the SL63 is a bit more subtle than the A45 with Palace emblazoned on the sides and a modest logo on the hood. 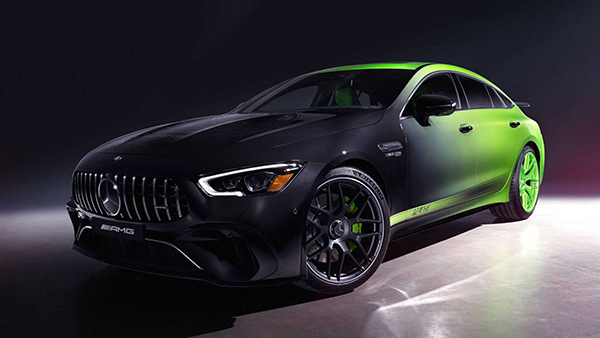 Mercedes-AMG GT63 Palace Edition “Neon Fade New York”
There’s nothing subtle about neon green, though you’ll only see it on this AMG GT63 four-door from a certain angle. Otherwise, it’s black, representing bright lights and busy streets in the city that never sleeps. Like the A45, this GT63 also gets two-tone green/black seats for the interior. 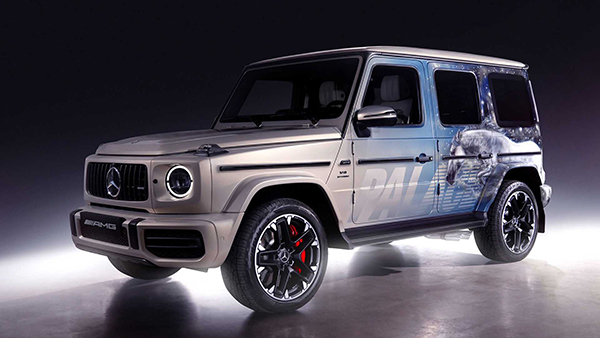 Mercedes-AMG G63 Palace Edition “Space Horse Tokyo”
Boasting white/blue exterior, this G-Class carries images of a charging horse on both sides. A backdrop of stars behind the horse adds to the message, which according to Mercedes pays homage to sci-fi/fantasy culture in Tokyo. No, it’s not a Gundam riding a horse, or a transforming horse robot. It’s just a horse.

You can’t buy any of these vehicles for your skatepark. But Mercedes does say that apparel in a related 23-piece collection goes on sale through Palace Skateboards starting March 25.