Trust us, you’re gonna want to hear this. Crank up the volume and listen up as our W12​ roars into life for the very first time!

Mercedes-AMG Petronas has just fired up the new engine. The team hopes that the W12 will bring them a brand-new Constructors’ Championship title. It would be their eighth.

This is the sound of the engine that Lewis Hamilton and Valtteri Bottas will hit the racetrack in the upcoming Formula 1 season. Engineers hope that it will propel the Brit and the Finn straight to the first two positions of the podium. They are counting on the turbo hybrid powertrain to get them a record-extending eighth consecutive Constructors’ Championship in 2021.

Fans still have to wait until they see this season’s car. The team will pul down the curtains off the new Mercedes-AMG F1 W12 E Performance on the 2nd of March.

The Mercedes-AMG Petronas engine will power the racing cars of three other teams.

The new engine is not only for the Mercedes-AMG Petronas racing cars. Other teams are also counting on the power unit. Williams and Aston Martin and, the latest addition as a customer team, McLaren, get the same unit. 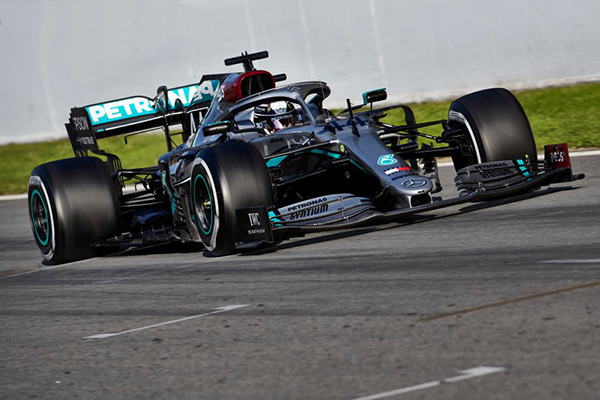 Mercedes-AMG Petronas has recently signed Lewis Hamilton for one more season
Mercedes-AMG Petronas has finally secured the Lewis Hamilton’s place within the team. The Brit signed a one-year contract in the beginning of February. The team executives have not mentioned any possibility of extension after 2021. Meanwhile, all financial details remain under wraps, as Team Principal Toto Wolff claims money have never been an issue.

The 36-year old has just overtaken Michael Schumacher in terms of number of victories. He accounted 95 of them, while the German driver stopped at 91.