Rick Ross has a dilemma on his hands: is he hoarding? The rapper revealed that he has a lot of stuff in his estate’s closets (and garages). As he gave a short tour of part of his garages, he revealed that he doesn’t think he’s hoarding. 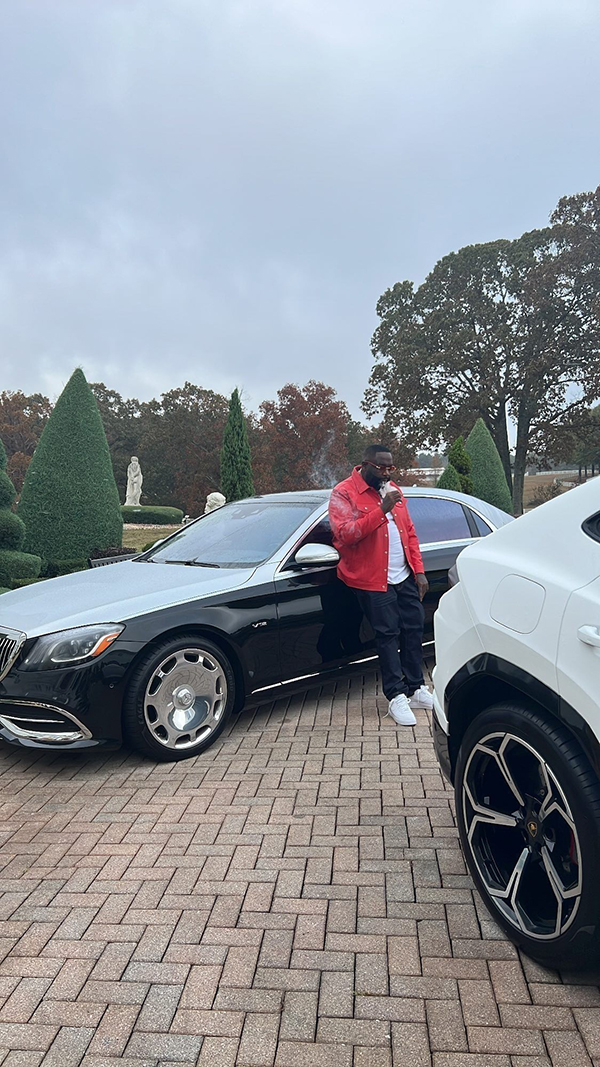 It all started with Rick Ross showing a pile of clothes that covered a big part of the entrance hall of his 235-acre estate called The Promise Land. The rapper wanted everyone’s opinion on it, asking whether he was hoarding. In his opinion, he didn’t, because he has so much space to fill.

After that, he moved on to one of his garages that included some of his latest additions, a Mustang Shelby GT500 and a Shelby F-150 Super Snake. On the wall next to them, he showed a painting of several A-list Hollywood actors before sharing his opinion on his collection.

Ross’ car collection is one of the biggest in the music industry, as he recently claims he has around 200 models. He has a big liking for General Motors and Chevrolet Bel Airs, but he doesn’t seem to take sides in brand rivalries, as he also owns several Fords, but also several exotics. Just a couple of days ago, he shared a picture posing with a Mercedes-Maybach S-Class and a white Lamborghini Urus, as you can see in our main picture.

Recently, he has revealed that he’s building a car museum for all his cars, as he plans to continue the Rick Ross Car & Bike show. This year was the show’s first edition, held at his estate in Georgia, Atlanta. And it was successful, so if he were, indeed, “hoarding,” at least he’s getting something out of it.