When Mercedes first revealed the Maybach S 580 with a twin-turbocharged V8 producing 496 horsepower and 516 lb-ft of torque, we were slightly chagrined. While these numbers are acceptable for a cushy luxury saloon, we expected the Maybach-branded S-Class to arrive with a V12 engine. Our disappointment quickly faded when the 2022 Mercedes-Maybach S 680 was announced last week, powered by a twin-turbocharged V12 with an undisclosed output. 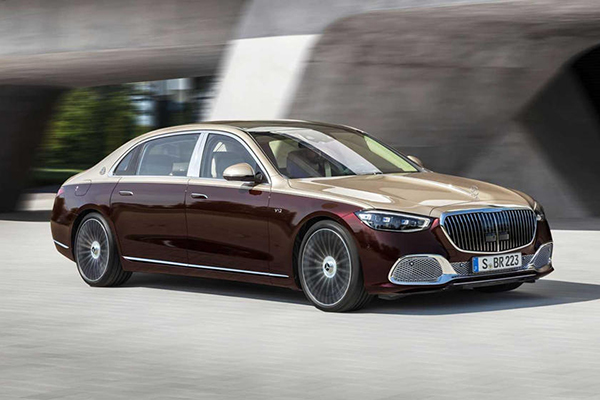 Only a few days after the reveal, Mercedes-Benz USA has announced more details about the car. Replacing the outgoing S 650, Mercedes-Maybach S 680 4MATIC Sedan will route its V12 power out to all four wheels, rather than the rear wheels only. Rumors indicated that the S 680 could be down on power compared to the outgoing Maybach S-Class, but the official figures prove otherwise. 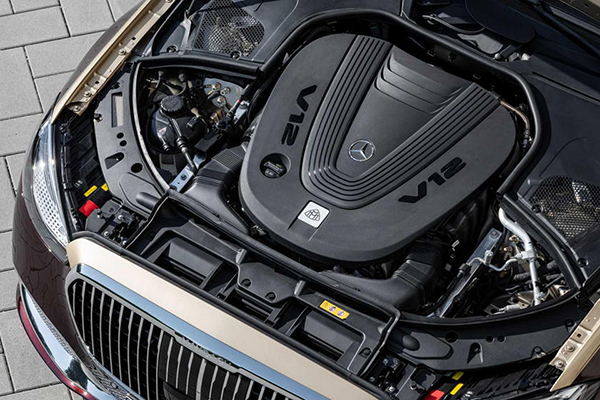 Mercedes USA says the handcrafted 6.0-liter V12 twin-turbo engine produces 621 hp and 738 lb-ft of torque. For reference, these are identical to the output figures found in the outgoing Maybach S 650 and Mercedes-AMG S65. Whereas those old V12 models sent their power to the rear wheels via an older seven-speed automatic, the Maybach S 680 gets the latest 9G-Tronic nine-speed transmission with a rear-biased 4MATIC system. The V12 engine sends 31% of the available torque to the front axle and 69% to the rear axle. 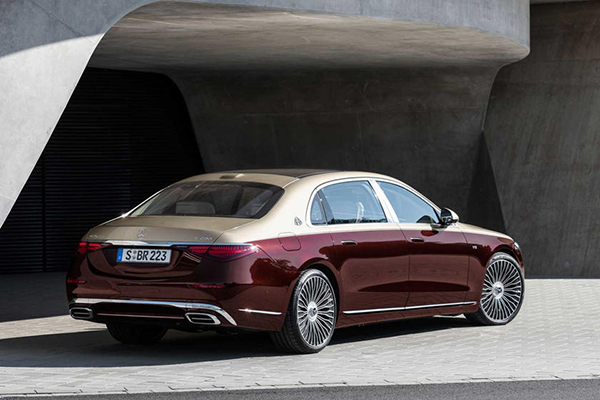 The official curb weight is still unknown, but leaked data suggest the S 680 will be lighter than its predecessor. With an official 4.4-second 0-60 mph time, the S 680 is quicker than the previous S 650 (4.6 seconds), though it’s still a tick off the pace of the S65 (4.2 seconds). Although it has supercar power levels, Maybach has capped the top speed at 130 mph. 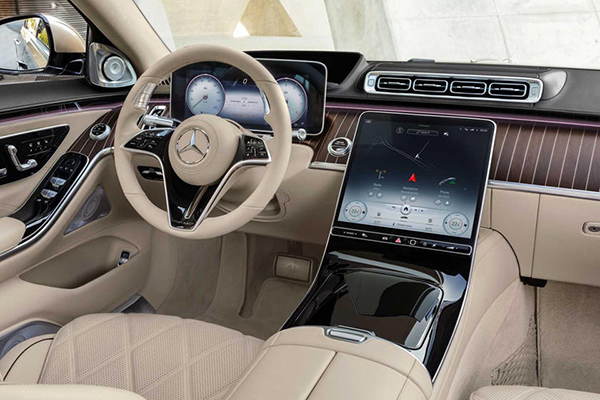 Since it is based on the latest S-Class, this latest Maybach packs some of the most advanced technology available today. It features active road noise compensation with the Burmester High-End 4D Surround Sound System, which works like noise-canceling headphones to make the cabin even quieter. Nappa leather adorns the cabin, including two diamond-quilted seat rest cushions for rear passengers. Maybach even took a page out of the Rolls-Royce playbook with electronically-controlled doors that open and close with no human effort. 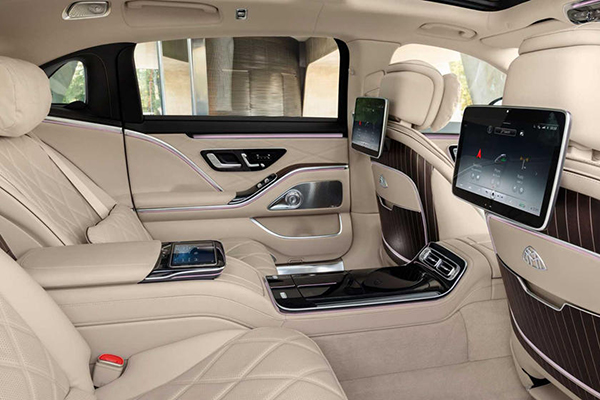