Ten years ago, Sacha Baron Cohen’s political satire comedy The Dictator was released as “a heroic story of a dictator who risked his life to ensure that democracy would never come to the country he so lovingly oppressed.” In the movie, Cohen played Admiral General Aladeen, a dictator from a fictional country called the Republic of Wadiya, who owned a rather controversial-looking SUV built by Dartz. The automaker now celebrates 10 years since the release of the film with a new special edition model. 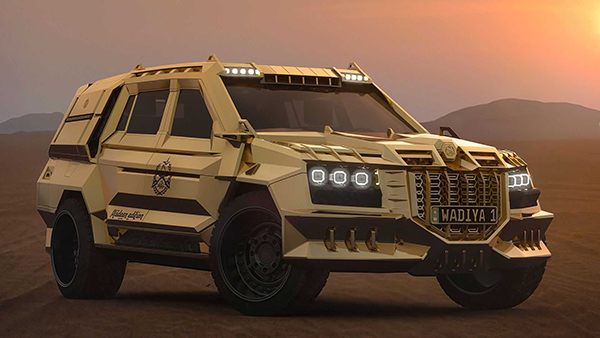 The gold SUV you see in the gallery below wears the rather lengthy Prombron The Dictator Aladeen Edition MMXXII name and the company plans to produce just 10 examples of it. Originally, Dartz assembled just three units that were used for the filming of The Dictator but now that opulent machine is finally coming to the market. There are some major differences between the movie SUV and the one for the road, though.

The original Aladeen SUV was based on the Hummer H2 but its modern successor hides the bones of a Mercedes-Maybach GLS. The factory engine is under the hood – a 4.0-liter twin-turbo V8 – but it’s no longer in a factory form. After hardware and software tweaks from Dartz, that mill now generates 800 horsepower (588 kilowatts) and 738 pound-feet (1,000 Newton-meters) of torque, making it possible for the three-tonne SUV to hit the 62 miles per hour (100 kilometers per hour) mark in just 3.8 seconds. The top speed is 174 mph (280 kph). 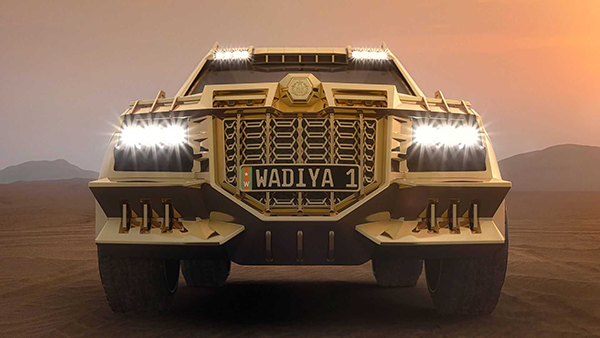 These numbers are surely impressive but they are not the most impressive thing about the Prombron The Dictator Aladeen Edition MMXXII. Its unique body is perhaps more interesting as it shares zero components with the Maybach-branded SUV it is based on. The edgy exterior is fully armored and features real gold plating instead of a gold-colored wrap. As standard, the vehicle can withstand 0.50 caliber high-velocity armor-piercing rounds, while there’s optional protection that can withstand grenades and mines. Not feeling safe enough? There’s also an optional protective helmet and a bulletproof umbrella made from alligator or python skin.

What about the interior? Dartz founder Leonard Yankelovich told The Daily Mail that “after a wave of protest we realized our mistake and made a decision not to use natural leather at all.” Yankelovich says that if there’s enough customer demand, the company will build additional examples beyond the initially planned 10 units. Each unit starts at around one million US dollars.