Mercedes is slowly, but steadily building its presence in the ultra-luxury realm. Thus, even as the Mercedes-Maybach sub-brand is already up there in the ultra-lavish stratosphere, it now faces a new (internal) threat. 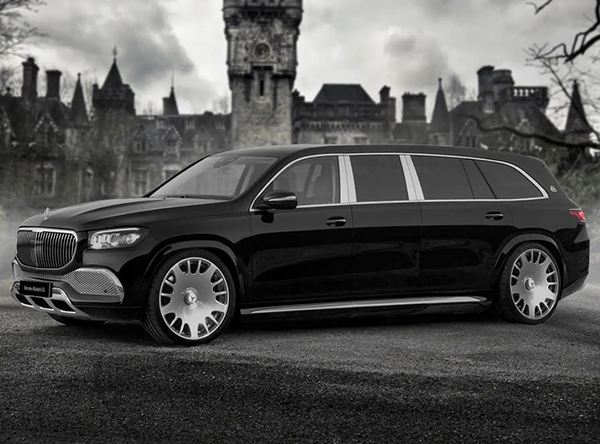 Just recently, the premium German automaker announced a new subdivision called Mythos and its ultra-luxurious family (there is just one confirmed member, for now, the new SL Speedster) will be positioned above Mercedes-Maybach models to fight exotics like Ferrari and whatnot. However, there is still a lot of time for Maybach fans to try and imagine new ways of securing the nameplate’s rightful place.

For example, because Mercedes is so good at mixing and mashing stuff, like adjoining the proud S-Class with the Maybach moniker or the Mercedes-AMG division with the iconic SL series, someone has thought that it might not be such a bad idea to create a sort of Pullman revival. Ildar, the virtual artist better known as ildar_project on social media, has decided to entice us with his take on the ultra-long-wheelbase German trope, but with a slight catch.

While the original Mercedes Pullmans were based on the Mercedes-Benz 600 ultra-luxury cars and later also joined the S-Class range, this time around the envisioned reinvention is a bit more practical and trendier. This is because the stately Mercedes-Maybach “President Edition” digital project that would make all its stretched Pullman ancestors brimming with pride is based on the GLS 600 full-size crossover SUV.

And, looking exactly like a virtual spiritual successor should, the Maybach GLS “President Edition” rides on a massively extended wheelbase chassis that makes room for just about everything inside – from a big party to secretive country affairs. Hopefully, if these were to become real, Mercedes would stop offering the cheesy “Bounce Mode” that just attracts unwanted attention instead of helping the GLS and GLE exit precarious off-road situations. Just look at this thing – does anyone imagine it would leave the comfort of tarmac?