Mercedes is getting ready to roll out its first ever Maybach-branded EV, which will take the form of an even more luxurious EQS SUV. 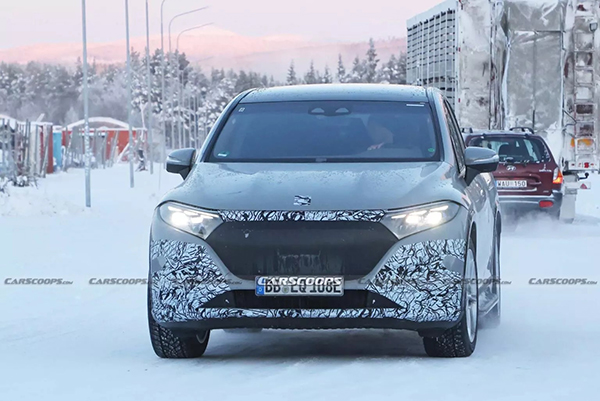 Our first taste of the opulent off-roader came in 2021 when Mercedes showed a concept Maybach EQS at the Munich Motor Show, but we’ve since seen prototypes of the EQS flagship testing in summer weather, and this time we’ve spotted them in the snow wearing even less disguise.

Not that this rather dowdy-looking test car is giving away many clues about its lofty status in the EQS range. When the real thing is launched next year as a 2024 model we can expect it look closer to the show car, with expensive two-tone paint, distinctive alloy wheels and a unique Maybach pinstripe grille and bumpers. 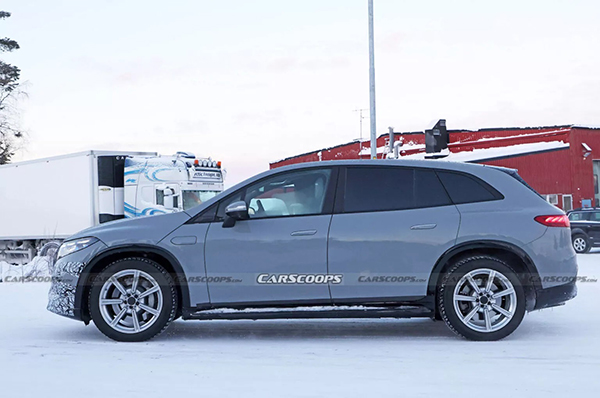 But even those differences will only represent simple detail changes over the regular EQS SUV. The sheetmetal is identical between the cars, and even the electric motors could be shared with lesser models like the EQS 580. That would give Maybach 536 hp (544 PS) and 633 lb-ft (858 Nm) of torque.

Where the Maybach will really try to differentiate itself from its less expensive brothers is on the other side of those self-latching doors. Like the EQS 580, and unlike the cheaper EQS 450, the Maybach will get Merc’s triple-display Hyperscreen dashboard as standard, but will outdo both of those cars with even more opulent leather trim and a different cabin layout. 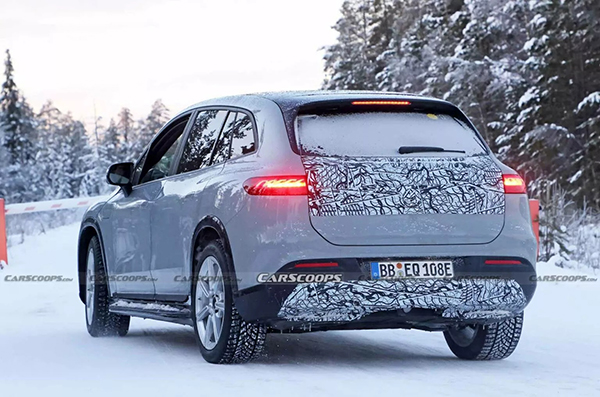 The standard EQS SUV comes with a five-seat configuration and the option to add a third row of seats in the trunk. But like the 2021 concept, the production Maybach EQS SUV is expected to offer two individual seats separated by a console in the second row, and no third-row option.

We can only speculate on how much this flagship EQS is going to cost, but based on the $125k / £140k Mercedes wants for an EQS 580, we won’t be surprised to see the Maybach top $150k / £160k. That’s a big chunk of change, but right now there are almost no serious rivals in the uber-luxury electric SUV space, meaning Mercedes could clean up.