It’s been a few months since our spy photographers last captured the Mercedes-Maybach EQS SUV out testing. The previous photos showed the luxury model with camouflage wraps covering the front and rear fascias, and the latest spy pics are, sadly, quite similar. However, the new images provide a close-up look at the front bumper and show the SUV towing a trailer. 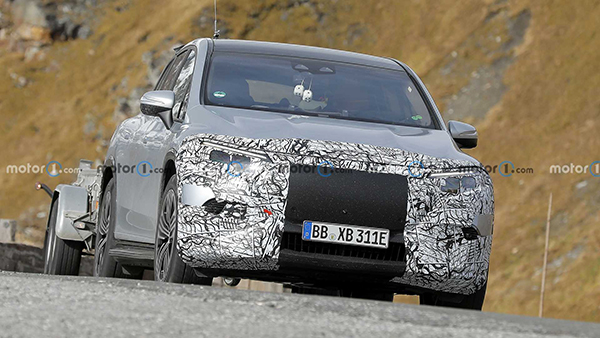 Mercedes previewed the model at last year’s Munich Motor Show, debuting the two-tone Maybach EQS SUV Concept. The production model in the spy shots looks like a toned-down version of the concept, taking heavy inspiration from the Mercedes-Benz EQS SUV. We expect the Maybach variant to feature unique front and rear fascias and other exclusive exterior touches, like wheels. 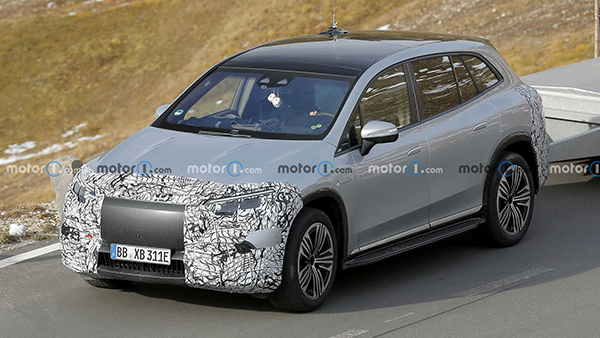 It remains unclear which powertrain Mercedes will put into the Maybach-branded SUV, but it could borrow the dual-motor setup from the EQS SUV 580 4Matic. This would give the Maybach at least 536 horsepower (400 kilowatts) and 633 pound-feet (858 Newton-meters) of torque. Mercedes has promised that the Maybach will offer around 373miles (600 kilometers) of range between charges, but that’s likely based on the WLTP, so don’t expect that many miles in the US. 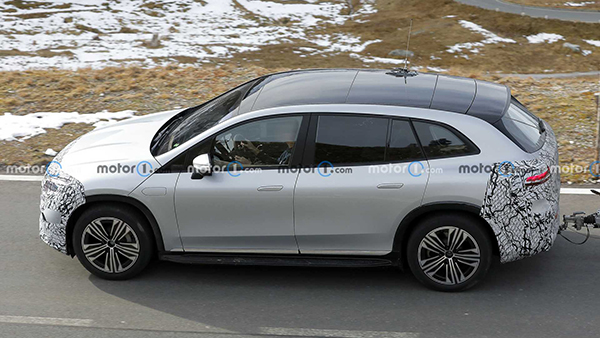 The EQS SUV’s cabin should shine, with the automaker installing high-quality and luxurious materials alongside the brand’s latest technology. We expect to find the Mercedes Hyperscreen inside, and the car should match the niceties of the Mercedes-Maybach GLS, which the company powers with a potent 4.0-liter V8 engine. The EQS SUV will be a nice, futuristic, and all-electric compliment to the GLS in Maybach’s stable. 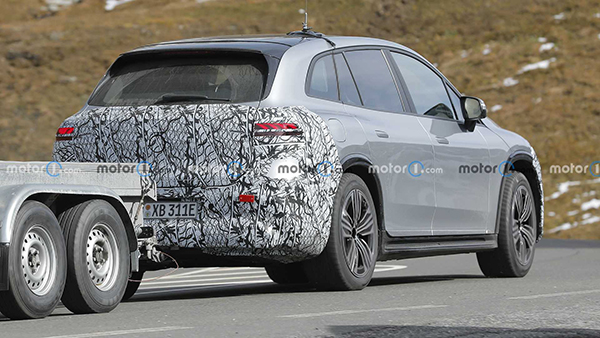 Mercedes hasn’t said when it’d launch the Maybach EQS SUV. However, we expect it to arrive after the regular model, which goes on sale this fall. The Mercedes-Maybach EQS SUV will likely break cover later this year or early next, as 2023 has been tossed around for its big debut. Interested buyers should expect its price to exceed the regular EQS SUV, which starts at $104,400. The most expensive variant, the EQS 580 4Matic, is priced at $132,200. Would $150,000 be too much to ask for the Maybach variant?