Anyone who loves dystopian alternate history tales probably heard about the Amazon Prime TV series “The Man in the High Castle,” which is based on the homonymous novel by Philip K. Dick. For the rest of the world, we can tell you this 1970 Mercedes-Benz 600 Pullman not only has the proper vintage head of state limousine vibe, but also served some Hollywood duty.

According to the consigner’s description, this particular example was used for certain scenes in the third and fourth seasons of Amazon’s “The Man in the High Castle.” That’s an interesting piece of trivia, and one that might count towards the coolness level of this collectible. But even without a starring role in a TV series, it would still make up for a great auction catch.

The Mercedes-Benz 600 series (W100) arrived back in 1963 as the flagship model for the German automaker and immediately became known for its notable owners, be them movie stars or political and royal leaders, as well as the involvement in popular culture. 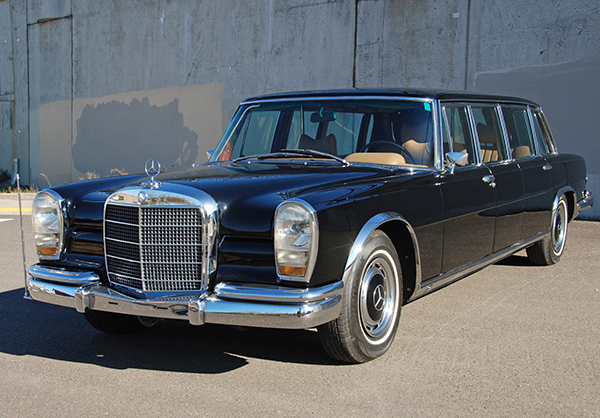 And, while it was also available as a regular short-wheel base version, the ones that will go down in history will naturally be the long-wheel base four-door and six-door Pullmans, as well as the Landaulets. This unit seen here is one of just 304 regular Pullmans produced during its time, with the description claiming it was completed on July 31st, 1969.

That means it has been dwelling on planet Earth for no less than 52 years, during which time it has only accrued some 36,000 kilometers (around 22k miles) on the odometer. Granted, we’re dealing with a TMU sale here, but we all know that even if the mileage is much higher, these things were cared for and pampered all day long, so it really shouldn’t be a problem. 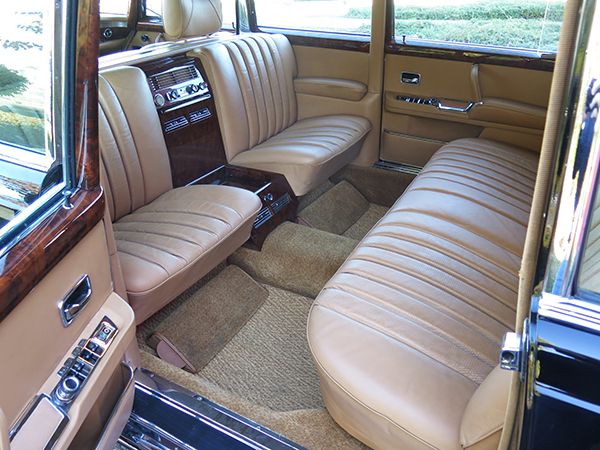 Among the interesting highlights we could note a reported initial stint in Libya for use by none other than King Idris, while it later spent time half the world across in Japan before ending up in California and coming into the private possession of the current owner back in 2011.

The car looks pristine because it has been through a $150+k TLC in 2014 and the 6.3-liter M100 V8 engine was paired up with numerous creature comforts to make the stay inside as welcoming as possible while the Pullman effortlessly glided across the American roads.

Now there’s a chance to snatch this interesting limousine, though we can imagine the seller has posted quite an impressive reserve on the auction – which is set to continue for another week to make sure everyone has a chance to go crazy on the bidding.