Adding plug-in hybrid power only strengthens the Mercedes GLC’s appeal, even if it’s neither as good to drive as a BMW X3 nor as efficient as an Audi Q5. It’s exceptionally refined on the road and does a great job of maximising its ability to run on electric power, thanks to its clever regenerative-braking system and efficient drive modes. It’s not lacking in luxury touches, either. 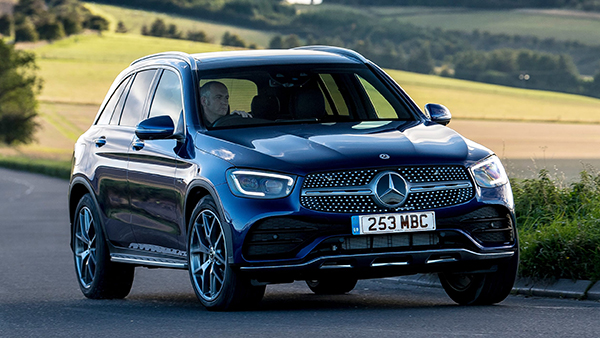 Mercedes now has so many plug-in hybrid models that it has created a dedicated EQ Power sub-brand. Within this sit electrified versions of everything from the A-Class, B-Class and E-Class, through to plug-in examples of the brand’s GLA and GLE SUVs.

Despite the plug-in GLC having been available in continental Europe since its 2015 launch, it’s so far been denied to UK buyers. However, along with the facelifted model announced earlier this year, Mercedes has now brought the GLC 300 e to Britain. 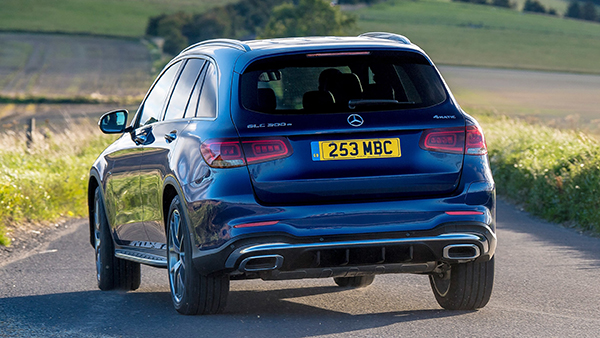 Stacking up against plug-in versions of the BMW X3, Audi Q5 and forthcoming Jaguar F-Pace, the GLC uses a familiar four-cylinder petrol engine teamed with an electric motor for a combined 316bhp. That can propel this two-tonne SUV from 0-62mph in 5.7 seconds, despite CO2 emissions of only 62g/km.

On the outside, it’s business as usual; apart from a smattering of EQ Power badges, the only discernible difference is the charge flap on the rear bumper. Mercedes says plugging the GLC into the mains will return an all-electric range of 26-31 miles depending on spec, which is some way short of the larger diesel GLE plug-in’s 66-mile maximum.

A clever adaptive regenerative-braking set-up allows you to make the most of the GLC’s range, however. You can control its severity via the steering-wheel paddles, or leave the system to work its magic – using the car’s computers to slow you according to the road pattern or traffic conditions. 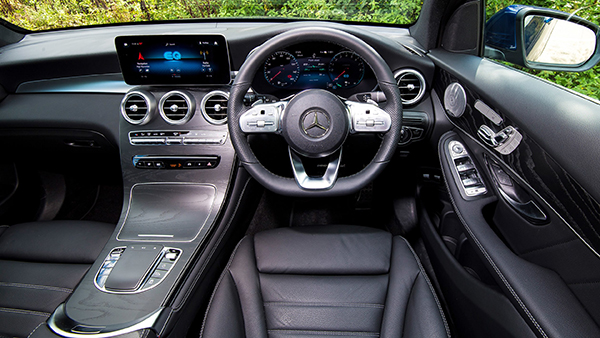 Owners can top up the GLC’s 13.5kWh battery in two hours and 40 minutes using a 7kW home wallbox – or around three times that via a three-pin plug. Only by doing so will you come close to the published fuel economy, although short journeys could see a good degree more. Every version of the car comes with an eight-metre Mode 2 cable.

Company car drivers might scoff at the GLC’s 12 per cent Benefit in Kind rating, but in reality it’s competitive in this area of the market. If you want a similarly sized SUV in a lower tax bracket, you’ll need to look to EVs such as the Mercedes EQC or Jaguar I-Pace.

The facelift helps mask the Mercedes’ age. It doesn’t feel like a five-year-old car, because equipment, quality and refinement are all excellent. Providing the battery is charged, the 300 e does a great job of prioritising electric power, calling upon the engine only when completely necessary. Even when it does, switching between the two power sources is virtually imperceptible. 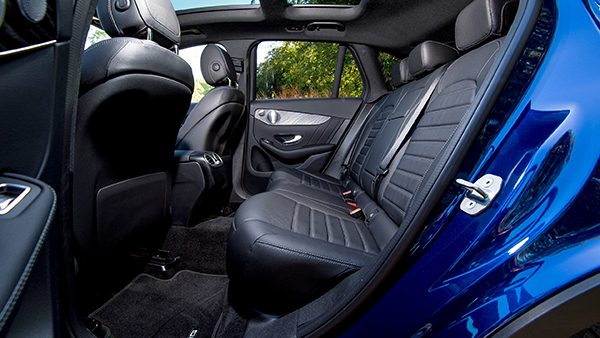 As mentioned, refinement is fantastic – whatever the conditions. Around town the GLC is all but silent when running on battery power, and even as your speed increases you won’t find the ambience disturbed by road noise. At 70mph the cabin remains hushed; the engine isn’t noticeable at motorway speeds, with only a little wind noise around the A-pillars.

The GLC 300 e is good to drive even when the roads get a bit twisty. It’s not as agile as an X3, but the Mercedes’ slightly firm ride results in good composure through fast changes of direction and strikes a better balance than Volvo’s softer XC60. The GLC offers loads of power thanks to a clever boost function, too, meaning there is still fun to be had when the mood dictates. 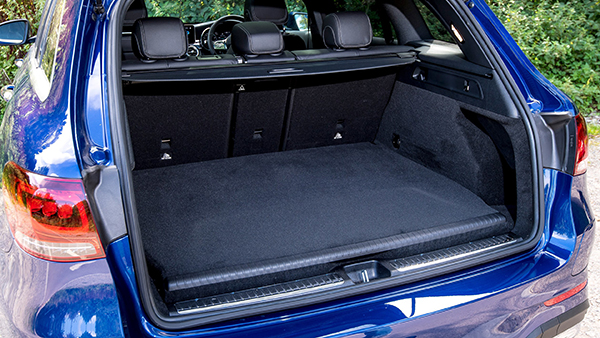 Inside, the GLC is as luxurious as any modern Mercedes this side of a new S-Class. It’s trimmed in all the finest materials, and the seats are supportive yet comfortable. Available only in AMG Line trim, every GLC 300 e gets a 10.25-inch widescreen display running Mercedes’ MBUX infotainment system, plus heated sports seats wrapped in ARTICO man-made leather.

On top of this you can add various packs; our car came in flashy Premium Plus guise, bringing luxuries such as a fully digital instrument cluster, 64-colour ambient lighting, smartphone integration including Apple CarPlay and Android Auto, plus augmented-reality sat-nav, which overlays directional arrows on images relayed from the car’s front-facing camera. Go for this spec and you’ll also add a panoramic roof, 20-inch wheels and multibeam LED lights.

Of course, as a family SUV the GLC hybrid needs to be practical as well as luxurious. While it’s not quite as versatile as the standard petrol or diesel versions, there’s still plenty of space inside. Despite the step in the boot floor to accommodate the battery pack, the Mercedes offers the luxury of underfloor storage – which means you don’t need to keep the charge cables alongside your shopping or luggage.