With the Mercedes family of models being so vast, there’s always something going on in the lineup. Whether it’s a facelift, a next-gen model, or a new addition to the range, the three-pointed star never rests. Time will eventually come for the company’s best-selling crossover to switch to the next generation, which has now been speculatively rendered. 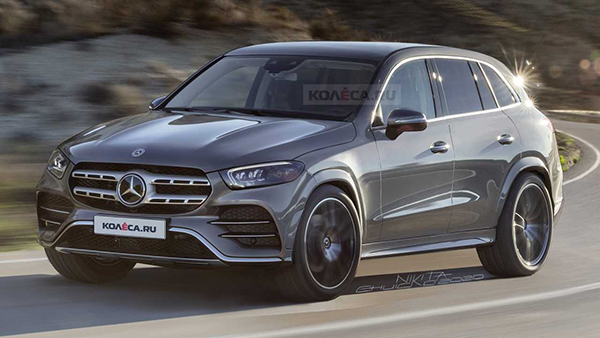 The adjacent design exercise signed by Kolesa comes about two weeks after the first batch of spy shots with the reworked GLC surfaced. Those images showing a camouflaged prototype gave us the impression Mercedes plans to enlarge the model formerly known as GLK. It remains to be seen whether that will warrant a seven-seat version, but the rendering does attempt to imagine the crossover’s increased footprint.

Whatever Mercedes has in tow for the next-generation C-Class, expect the GLC to get virtually the same goodies. That means a revised Modular Rear Architecture (MRA), electrified and plug-in powertrains, and even more advanced safety tech. Expect future models from Daimler to be screen-heavy on the inside, with the S-Class and EQS coming later this year to lead the way. 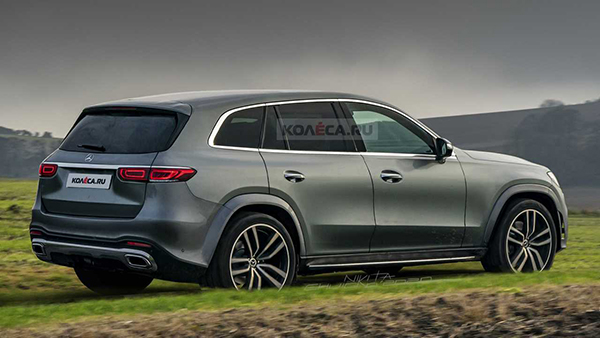 There are spy shots of the revamped C-Class showing a totally redesigned dashboard, which should be largely carried over on its crossover counterpart. Prepare to say goodbye to the tablet-like infotainment as the touchscreen will be integrated into the center console – as it should be on all cars. A bump in size should translate into a roomier cabin and a more generous cargo area to further boost the GLC’s versatility.

The crown jewel of the range will once again be the AMG GLC 63 version, but it might pack a significantly different powertrain. There’s a wild rumor we’re finding quite hard to believe alleging the C63 will lose half of its cylinders, going from a V8 to an electrified four-pot adapted from the “45” models. Despite the drastic downsizing, the horsepower count should mirror today’s model while actually offering more torque.

The GLC family will once again include a “coupe” version, a long-wheelbase derivative for China, and an all-electric EQC. Meanwhile, the regular model is expected to arrive sometime in 2021 or early 2022.