Things move fast in the premium SUV market, and Mercedes is already under way with the development of a thoroughly overhauled version of its mid-sized GLC. Due to be launched in the middle of 2022, the GLC will round off one of the busiest periods in the Germans firm’s history as a flurry of new models heads to showrooms. 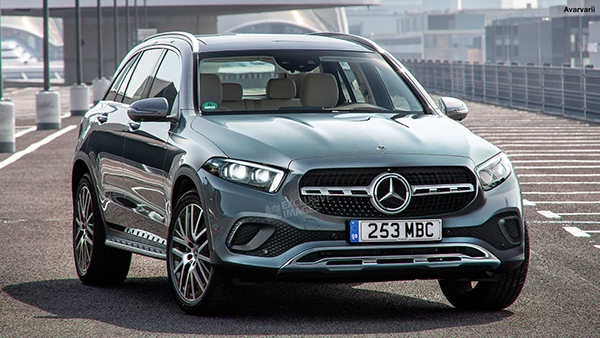 The GLC is one of the newer members of Mercedes’ SUV family, launched back in 2015, but it already contributes a huge chunk of the company’s profits. SUVs account for more than 33 per cent of the firm’s global sales, and the GLC is the brand’s best-selling SUV in the UK.

To ensure the Mercedes doesn’t lose ground to rivals like the Audi Q5 and BMW X3, the company has decided to make major interior technology and quality updates. It kicks off with a radical upgrade for the GLC’s cabin, which will draw heavily on the design of the upcoming S-Class limousine.

The current bank of digital displays that stretch horizontally across the dashboard will be ditched in favour of a Tesla-like portrait display that sits proud of the centre console. Spy shots have revealed that rather than integrate all of the car’s functions into the screen, a small panel of touch-sensitive buttons will rest just beneath the large display, giving immediate access to climate control and navigation functions. However, there will be no physical buttons or dials.

Early prototypes spotted testing in Germany also reveal that the GLC will grow in size. It’s clearly lower and longer than today’s model, and the changes should help give the SUV a sleeker appearance. Our exclusive images give you a better idea of how the showroom model could look, incorporating Mercedes’s latest design language and family headlamp treatment. 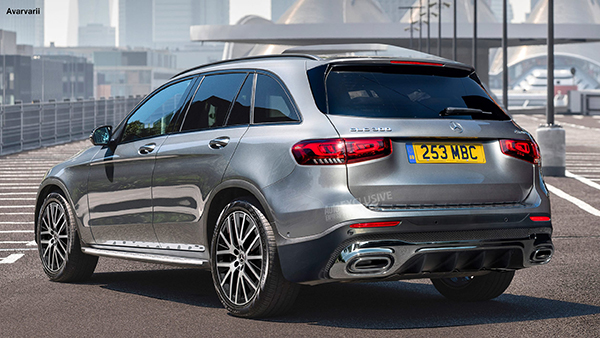 The GLC will continue on Mercedes’ Modular Rear Architecture, but will benefit from significant upgrades to allow the firm to introduce a wider range of hybrid powertrains and more sophisticated autonomous driving functionality.

The core engine line-up will remain four-cylinder petrol and diesel units, but it’s expected that all will be paired with new 48V mild-hybrid technology. Mercedes refers to such units as EQ Boost.

On top of that, expect more efficient plug-in hybrid variants of the GLC to arrive, wearing EQ Power badges. Today’s GLC 300 e 4MATIC uses a 2.0-litre four-cylinder petrol engine and a 119bhp electric motor, which are good for a total output of 316bhp and an electric range of up to 26 miles.

Using a more energy-dense battery (no larger than the current unit) in the second-generation model should increase the electric range to around 35 miles, but without having an impact on practicality.

Mercedes will also continue to forge ahead with its hydrogen fuel cell tech, with the GLC F-Cell. This will ensure the firm has one of the broadest powertrain offerings of any vehicle on sale in the new GLC.

The company will also make big advances in autonomous driving technology as it looks to expand Level 3 functionality beyond the upcoming S-Class. An array of new software and hardware – comprising radars, lidars and sensors – could allow the GLC to undertake limited ‘hands off’ self-driving where legislation allows.