The weapon of choice, in this case, was a chrome green film that covers all body panels. It was even applied to the three-pointed star logo on the grille, and to the wheels. The latter came from the factory, but judging by the looks of the whole car, we reckon that it won’t be long until it goes down the horse carriage route with oversized alloys. 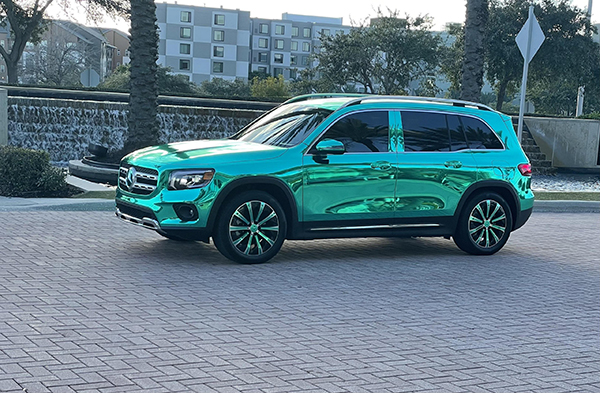 Privacy windows were a must too for this premium subcompact crossover that has earned a spot in Reddit’s ‘ugly’ car mods thread and in our ‘LOL’ category. It appears that this GLB is registered in Orlando, and was photographed near the Millennia Mall, according to one Redditor who uploaded the pic, describing it as a “nightmare on wheels,” which is one way of saying that it looks like cr@p.

Someone described the driver in a simple yet effective word that we would rather not replicate here, as it would definitely offend, and another Redditor remembered the time when they had a loaner GLB, and they were not very fond of it, referring to it as being very ‘browny’. We do get it, as a crossover that slots between the GLA and GLC, stepping on the toes of both, which isn’t particularly good looking, isn’t exactly a dream ride for any self-respectable petrolhead.