The Mercedes GLB 220 d doesn’t quite score a direct hit on the Discovery Sport, but it’s certainly the most competent rival yet for Land Rover’s baby seven-seater. It offers strong performance and refinement, along with a better-finished cabin and more coherent in-car tech, but you will have to forego some boot space to get it. 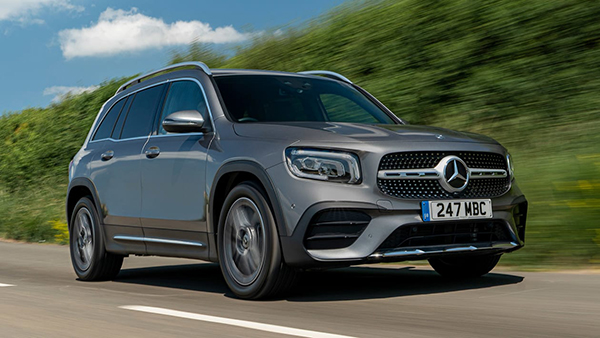 Sometimes a new car arrives and it turns out to be a little different from what we had been expecting. And the Mercedes GLB is one such model. All through its development period, this vehicle swirled around the rumour mill billed as a ‘mini G-Wagen’ – a more rugged small offering that could even be a rival for the likes of the Jeep Renegade. 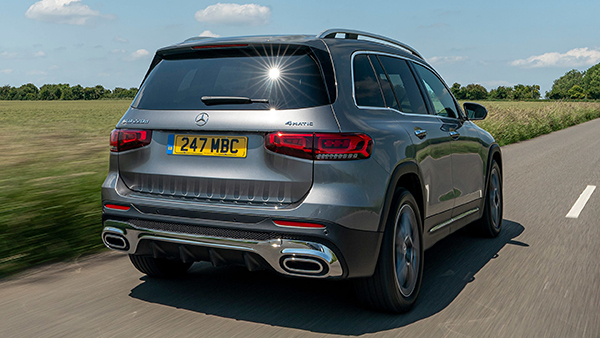 And then when it arrived, it turned out to be nothing of the sort. In fact, the GLB is a very coherent competitor in the mid-sized SUV market – a practicality-focused offering that is aimed squarely, you have to assume, at those people who would otherwise consider a Land Rover Discovery Sport or even a Skoda Kodiaq. Because yes, the GLB has a trick that its larger stablemate, the GLC, cannot match: it is a seven-seater. 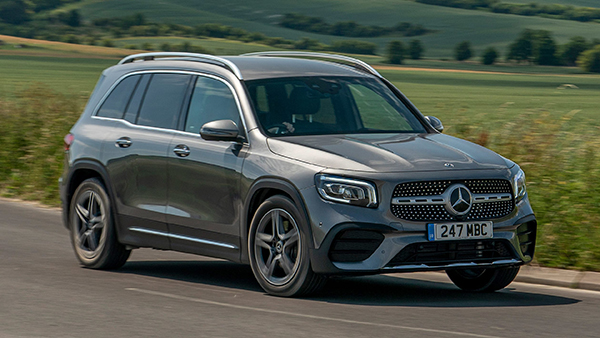 We were pretty impressed with the thing when we drove it abroad last autumn; now we’ve had a chance to sample the GLB in 220 d form here in the UK. 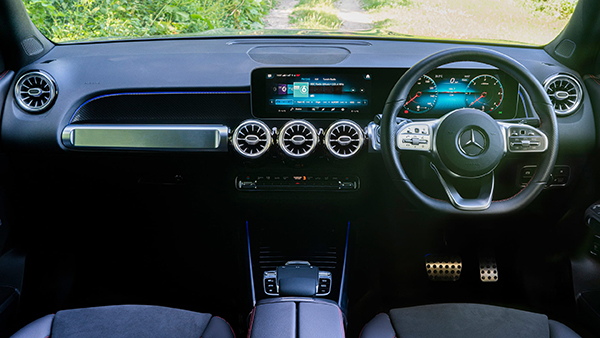 Of course, it’d be churlish of us to go any further without admitting that this car does indeed have one or two nods to the iconic G-Class. The GLB’s overall profile is much boxier than anything else we’ve seen spun off the architecture that underpins it (the platform that also supports the latest A-Class and B-Class). And inside there are dashboard flourishes that are designed to mimic the G-Class’s grab-handles. 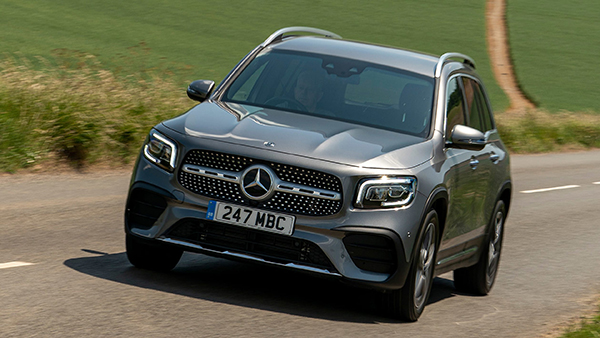 The UK range of GLBs makes use of the extensive line-up of engines available to Mercedes on the MFA platform. It all starts with the GLB 200, which uses a 1.3-litre turbocharged petrol engine, and goes all the way up to an AMG-tuned GLB 35 with more than 300bhp. 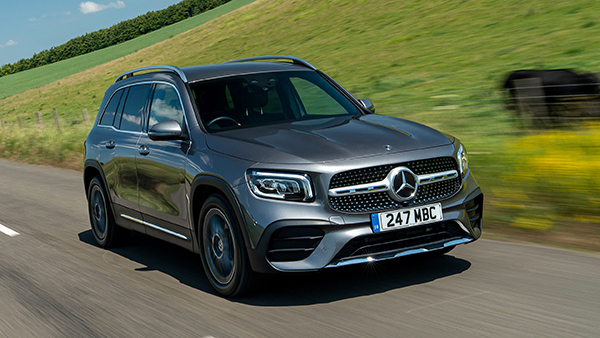 But the heartland for this type of model remains diesel, and there are two 2.0-litre four-cylinder units on offer: this 187bhp motor with 400Nm, and the more modest GLB 200 d, which has 148bhp. The car’s transmission is an eight-speed automatic, but while the 200 d is available with either front or four-wheel drive, the 220 d comes with 4MATIC four-wheel drive only. 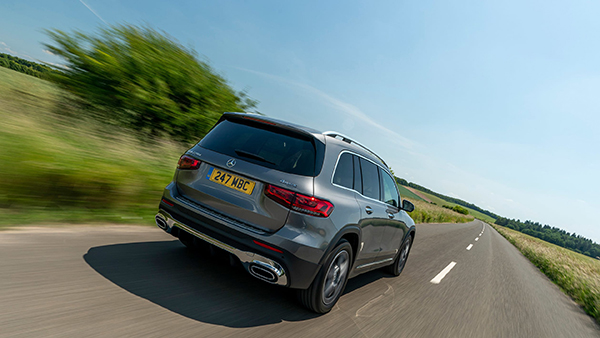 On paper it doesn’t look cheap, bearing in mind that the basis for this car is shared with a £25k hatchback. Our test model had one option – metallic paint – yet its on-the-road price was fast approaching £44,000. 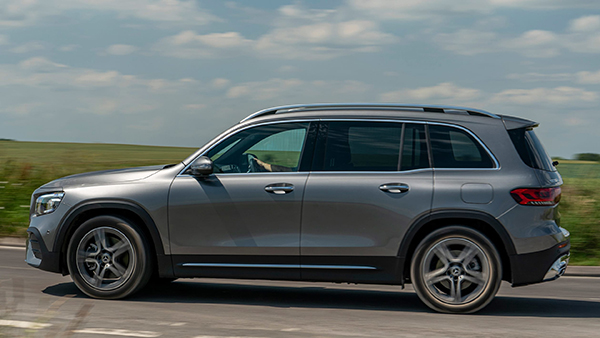 However, monthly repayments matter more than list price and even on the overall figure, the GLB is squarely in Discovery Sport territory – pretty much a pound-for-pound match for the D180 AWD SE (above which there are plenty of pricier editions). 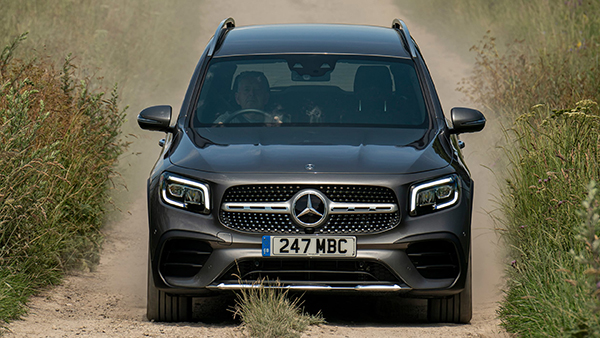 On the move, the GLB does a good job of being competent without offering any real involvement. The engine feels punchy, backing up the brisk-sounding 0-62mph time of 7.6 seconds with solid mid-range torque. The transmission is clever enough to make use of this flexibility, too, giving the 220 d that long-legged pace of the best four-cylinder diesels. It’s a pretty quiet unit, too – quieter, we’d say, than Land Rover’s – and easily drowned out by road roar from the AMG Line-spec 19-inch alloys. 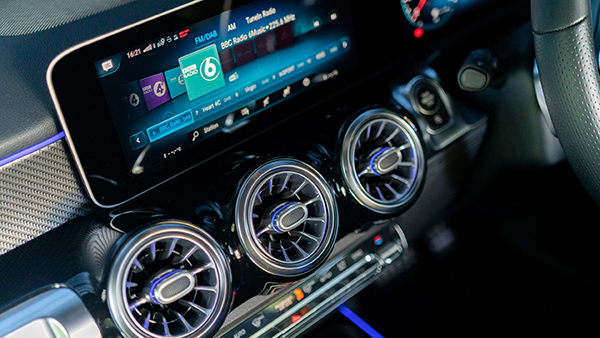 Those chunky wheels are still clad in relatively high-profile rubber, helping the GLB to ride pretty well (particularly well for an AMG Line edition, we’d argue), with only really sharp surface imperfections at speed thudding through to the cabin. Look at it this way: adaptive dampers are available as an option, but we didn’t find enough foibles in our car’s passive set-up to suggest it would be worth spending the extra cash. 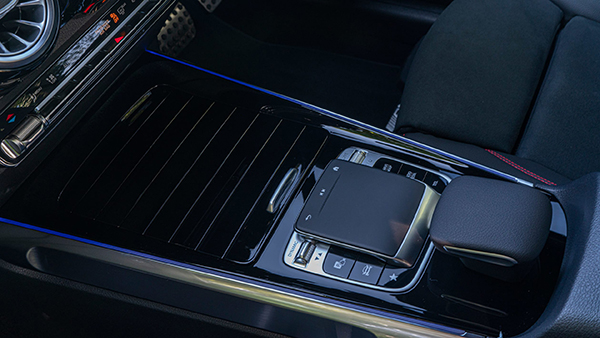 The suspension configuration – MacPherson struts up front, a multi-link arrangement at the rear – delivers handling that is reassuringly predictable; there’s a bit of body roll, reminding you that you’re in a fairly tall, slab-sided vehicle, but in general it corners flat enough for you to maintain a decent speed on more twisting country roads. The steering is perhaps the weakest point; it’s a little too light for our liking, although it is at least consistent. 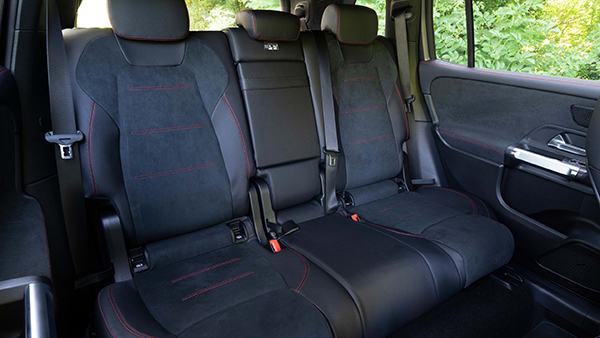 Inside, the GLB is better finished and has slicker technology than any of its obvious rivals. There’s a pleasing mix of materials, including chrome flourishes and high-quality lacquers, and there’s no shortage of standard kit. Dual-zone air-con, heated seats, a pair of 10.25-inch screens for the infotainment and instrument panel, full Apple and Android smartphone integration, ambient lighting and a reversing camera with park assist are all included at this trim level. 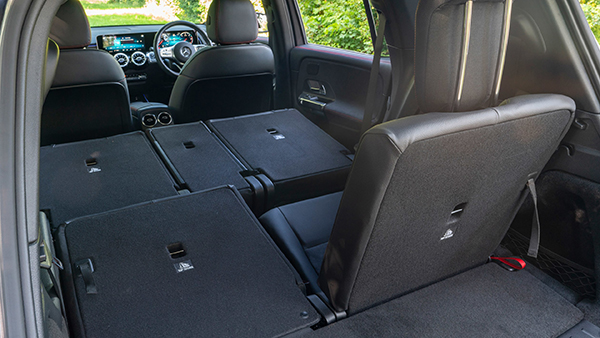 Frankly, it feels 99 per cent as polished inside as the GLC – so when you factor in the third row of seats, we’d be inclined to say that the GLB is probably the cleverest of the latest bunch of small Mercedes. 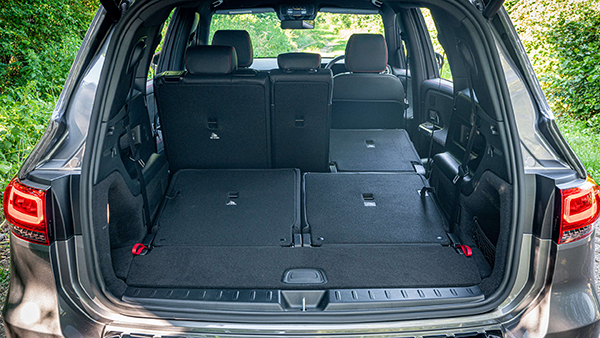 However, the GLB can’t match the Land Rover’s ability to go off road or its overall practicality. The boot capacity in five-seat mode is a decent 500 litres and this rises to 1,680 litres if you fold down the second row. Lift up the sixth and seventh seats – probably suitable for children up to their early teens, we’d say – and you’re left with precious little load capacity at all. In this respect, the Disco Sport feels like a vehicle just that bit better equipped for more regular seven-seat use, whereas the GLB’s third row is more for occasional emergencies and shorter trips. 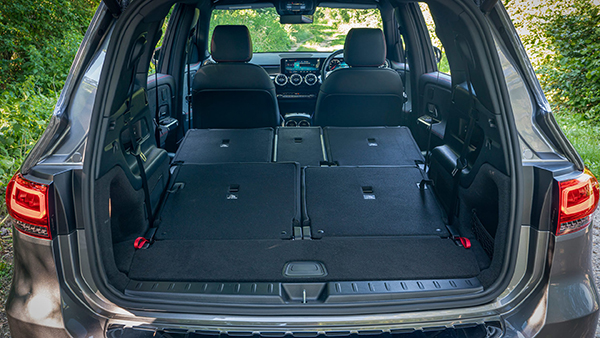 Even so, this does feel like a well targeted model, given that the other German brands have nothing to match the GLB’s blend of price and functionality. It will also be a keen rival for larger offerings from the likes of Hyundai and Skoda, who can’t quite compete on interior finish or refinement, and against whom Mercedes will fancy its chances on monthly finance deals. 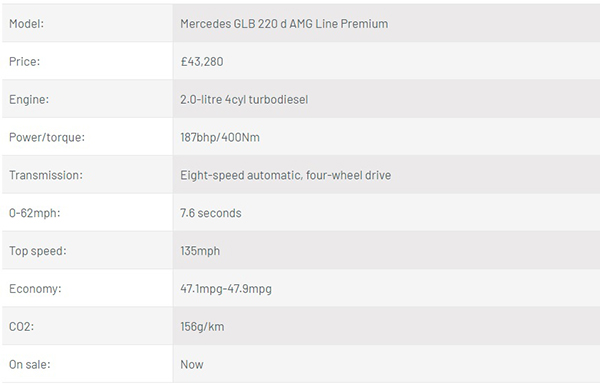