In a world of SUV-coupes and all-electric Tesla pick-up trucks that hit 62mph in less than three seconds, a seven-seat Mercedes-Benz A-Class doesn’t actually seem that unreasonable. 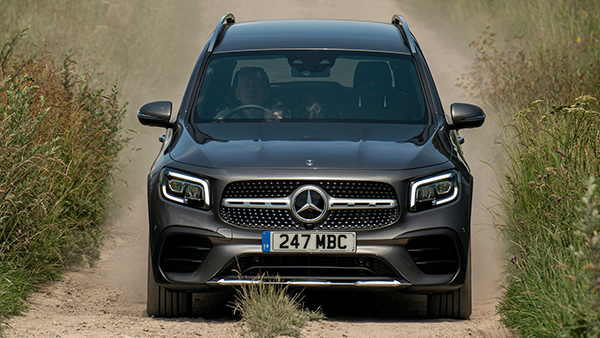 Clearly, someone at Merc had the same idea, as what you’re looking at is the new 2020 Mercedes-Benz GLB – a car that’s based on the same platform as the A-Class and B-Class, yet looks more like a mini-SUV and has space a family of seven.

Understandably, rivals are thin on the ground. There’s the not-long-for-this-world BMW 2 Series Gran Tourer (even then its MPV body style differs from the GLB) and any number of five-seat SUVs that don’t offer the same level of flexibility as the GLB, plus some larger (and cheaper) true seven-seaters, such as the Skoda Kodiaq and Kia Sorento. Hell, there’s even an AMG version – not even Skoda’s Kodiaq vRS can come close to offering the same performance. 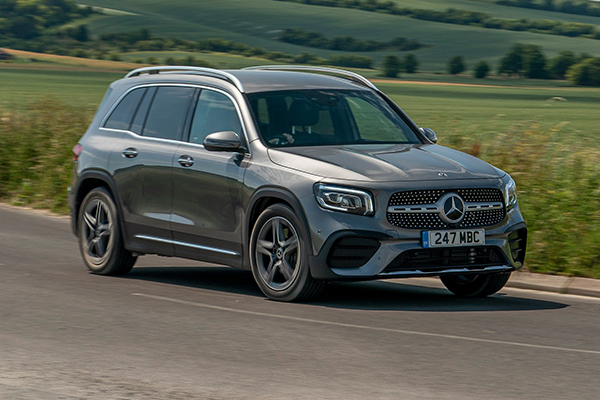 An AMG? Really?!
You betcha. Granted, it’s not the first time this has happened (see GLS 63 and GLE 53), but the GLB 35 – while still very pricey – might actually be a bit more attainable than the megabucks large SUVs.

Unsurprisingly, it uses the same 2.0-litre turbocharged petrol engine as the A35 hot hatch, and while it’s not quite as quick to 62mph (the GLB taking 5.2 seconds), you’ve still got 302bhp on tap – more than enough to have some serious fun.

You need to temper your expectations somewhat, though. Weighing nearly 1.7 tonnes and not exactly aerodynamically optimised, the GLB 35 can feel a tad lethargic and the engine strained when you’re really going for it. But a madcap AMG – like the A45 or the not-long-for-this world V8 C63 – it is not. It’s more a point-to-point weapon with which you can carry serious speed – and many people – across unfamiliar roads.

Don’t expect much in the way of tail-out AMG antics under power, though, as the GLB 35’s torque split ranges from purely front-wheel drive to a maximum 50% of the power sent to the rear wheels. The brakes are strong, and traction out of corners immense thanks to the 4Matic all-wheel drive system. It even makes a decent sound – obviously piped in artificially when the drive mode selector is in Sport or Sport+, yet enjoyably whooshy like a 90s rally car when not.

Once the snap-crackle-and-pop antics are over, the suspension can be flicked into Comfort, the steering lightened up and throttle response dulled. It’s not cossetting or pillowy (the ride is still firm on those 20-inch alloys), yet it does enough to not drive you mad when you’re in sensible mode. 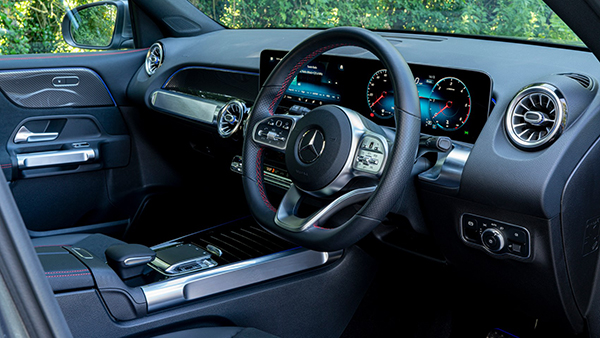 What about the regular Mercedes GLB versions?
Available in Sport, AMG Line, AMG Line Premium and AMG Line Premium Plus trim levels, only the final two get fancy 10.25-inch interior displays as standard, the others making do with the humble – and less impressive – seven-inch versions. Whichever spec you opt for, the GLB boasts a neat, stylish cabin with added ruggedness over the A-Class (see grab handles and a taller, more upright feel), yet the larger touchscreen displays really do add to the sense of occasion.

Out of the conventional engines available – 200: 161bhp petrol, 200d: 148bhp diesel, 220d: 187bhp diesel – we’ve tried the lattermost engine in the UK. It’s more than powerful enough, even if you’re loaded up, to suggest that the 200d will be the better diesel option of the two if at least to save you some pennies on a lease deal. Even ignoring the 220d’s potency, it’s also – to put it politely – a hark back to the old days of diesel engines. It’s far noisier than is acceptable in 2021, clattering like an old van when cold with a persistent growl when it warms up. Take a look at the petrol if you don’t do that many miles. 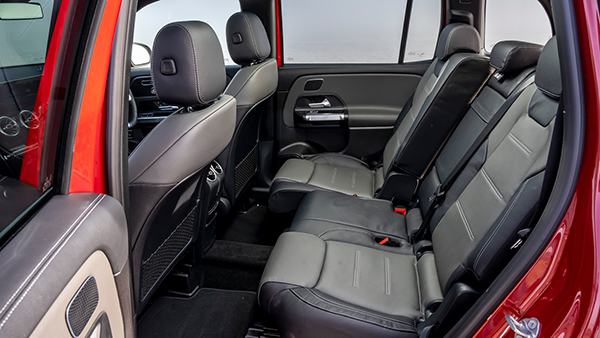 How usable are those third row seats?
You might be pleasantly surprised with how much room there is in the GLB. With a wheelbase 10cm longer than the B-Class, those in the middle row enjoy oodles of leg and headroom, plus seats that can slide forwards and back and recline independently of one another.

In order to get actual people in the third row, you will need to slide the seats in front forward (reducing their legroom). But – and here’s a big warning klaxon for you – these seats are strictly for children. I tried climbing into the back – all 6ft 2in of me – and once seated, noted that my knees were up to my chest. Still, they’re handy for big trips where the whole family is aboard, freeing up the middle row for the taller among us.

Boot space, meanwhile is predictably huge (up to 1,680 litres), although note that with all seven seats in place it’s a fairly paltry 150 litres. 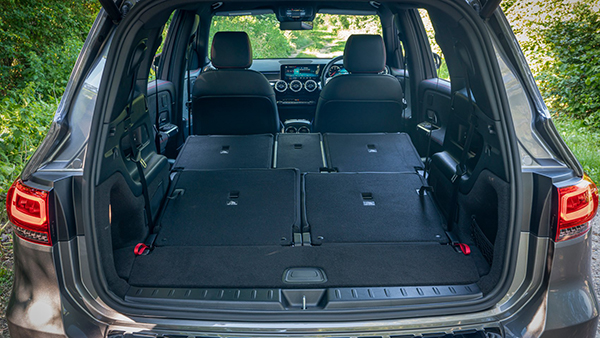 Mercedes GLB: verdict
On paper, the GLB sounds like it will make little sense. Why bother with what is essentially a seven-seat SUV version of a hatchback when there’s plenty of cheaper alternative family buses around? In reality, however, it’s a likeable and fashionable alternative to larger seven-seaters if you only plan to use the rearmost seats on rare occasions and a more flexible rival to premium five-seat SUVs.