The new Mercedes GLA compact SUV will cost from £32,640 in the UK, with the first examples of the BMW X2 and Audi Q2 rival set to be delivered to customers this summer. 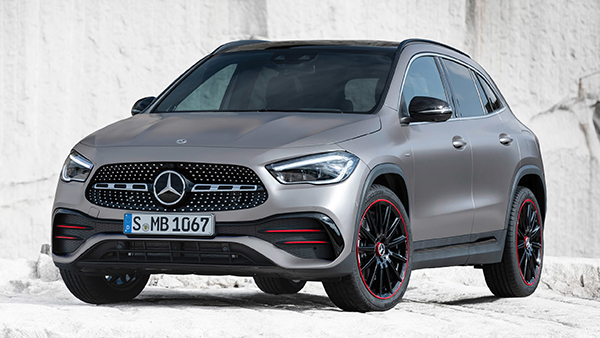 Six trim levels make up the GLA range, with the engine line-up reflecting that of the A-Class hatchback. The entry-level GLA Sport 200 kicks off the range, with its 161bhp 1.3-litre petrol engine capable of a 0-62mph time of 8.7 seconds. Mercedes says it will return fuel economy of 43.5mpg. 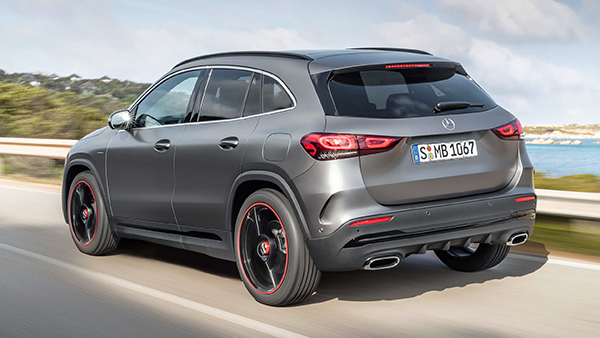 The Sport Executive trim is the next step up: it commands a £1,500 premium over the entry-level car and adds front and rear parking sensors, Merc’s Mirror package, smartphone integration with wireless charging and a 10.25-inch media display.

GLA AMG Line opens up the rest of the engine options. The 250 unit is a 1.3-litre petrol developing 221bhp; the 200 d 4MATIC adds all-wheel drive to the most basic diesel, while the 220d 4MATIC boosts power to 187bhp.

Finally, top-spec cars can be fitted with Mercedes’ Driving Assistance package at a cost of £1,495. This comes with a host of active driver assistance and safety aids, including parking assistance and navigation, blind spot assistance and cross-traffic functionality.

All petrol cars are mated to a seven-speed automatic gearbox, while diesel variants come with an eight-speed auto transmission.

Meanwhile, a hot AMG 35 version of the GLA with 302bhp and a 5.1-second 0-62mph time will follow in April, although prices have yet to be confirmed. A plug-in hybrid version will also join the line-up in due course. 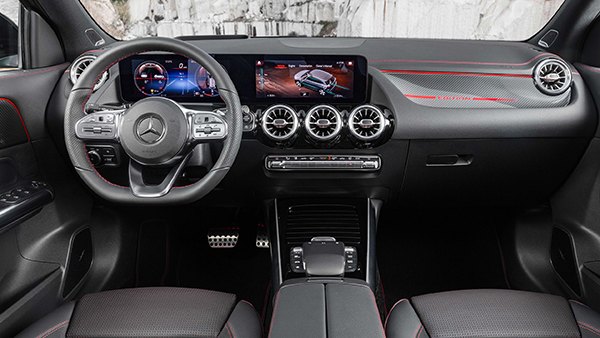 Design, size and practicality
Small though it is by the standards of the GLC, GLE and GLS, compared to its predecessor, the new GLA has morphed into a more SUV-appropriate shape. While the old model stood at 1,507mm tall – barely any higher than a standard hatchback – the new car’s roof has risen by 104mm. Combined with an overall length that’s dropped 14mm, the overall look is chunkier and more upright than before.

While the recently-released GLB has a square, boxy stance, the GLA is a little softer around the edges – something that partly helps it to achieve a low aerodynamic drag figure of 0.28. Many design elements, particularly around the back, are reminiscent of the A-Class, while the headlights get a thicker, rounder look to separate them from the brand’s hatchback.

Inside, the dashboard design is lifted almost wholesale from the A-Class. That means there’s a modern dashboard design highlighted by three central bullet fan blade air vents sitting below a pair of digital displays.

The two screens, measuring 10.25-inches in top spec models, consisting of a fully customisable instrument panel ahead of the driver, which appears to seamlessly flow into a touchscreen infotainment system in the middle of the dash. Lesser models make use of two seven-inch screens instead. 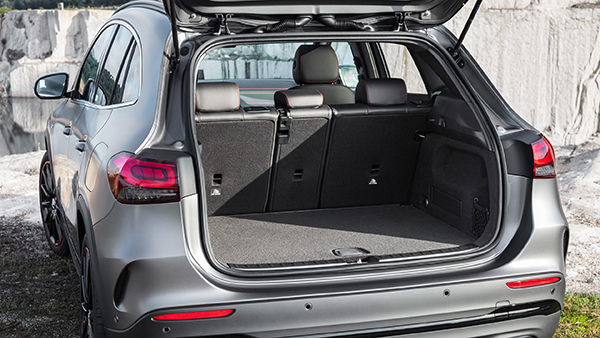 The GLA’s new shape has helped interior accommodation, too. Rear legroom is the greatest improvement: now equipped with a sliding rear bench, occupants in the back have an extra 116mm to stretch into relative to the previous GLA.

Rear shoulder room is up 43mm, while the driving position is said to be higher than before, in order to give a more commanding view of the road ahead. Boot space is also up slightly; the 421-litre capacity is a 14-litre improvement.

Four-wheel drive will be available in the non-AMG range, too, where an optional variable torque distribution should aid on- and off-road driving. The driver can adjust the balance based on the driving mode selected: Eco and Comfort modes offer an 80:20 split front to rear, while Sport alters this to 70:30.

Off road mode delivers a 50:50 split, while also tweaks the power delivery and ABS settings to help the GLA in rough terrain. Downhill Speed Regulation maintains a preselected speed when rolling down steep inclines, while the LED lights are able to light up the terrain directly ahead of the road.