Does a monster such as the Mercedes-Benz G550 4×4 Squared really need aftermarket attention? Well, in today’s social media landscape, where enthusiasts have seen it all, those who wish to stand out will mod the hell out of just about every machine. Thus, the custom example showcased in this rendering shouldn’t surprise you. 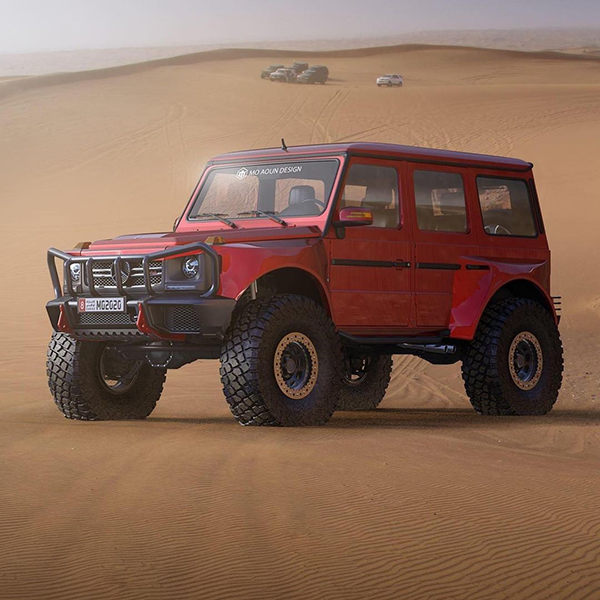 Sure, the said Gelandewagen already packs portal axles and the type of suspension that allows it to one-up pretty much any SUV out there. However, this proposal sees the machine gaining beadlock wheels, which secure the monstrous tires serving the vehicle.

The factory fender flares have been removed, and since we’re talking about carbon fiber units, we’re expecting the overfenders that replace them to be top-notch units.

Up front, there’s a bull bar that’s clearly prepared to provide protection in all sorts of scenarios. Then we have the custom towing points; sure, this is an uber-capable machine, but one must be prepared for everything, whether we’re talking about assisting other vehicles or things going the other way around.

Oh, and the bad boy look fitted to the upper front fascia seems to follow the lines of the said bull bar.

Digital artist Mo Aoun, who is responsible for the work, portrays the vehicle in the desert—the Abu Dhabi plates make full sense, as the G-Class is extremely popular in the United Arab Emirates. 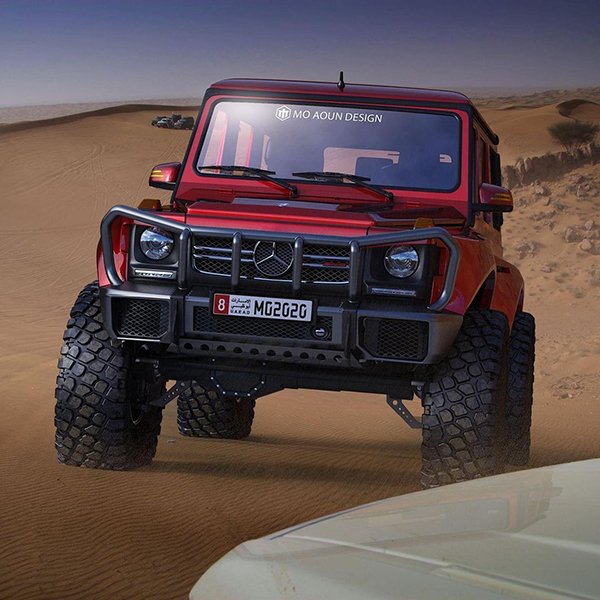 Come to think of it, people have done crazier things to the German behemoth in real life, as alpine ski racer Jon Olsson’s 780-HP roofless example of the vehicle can easily demonstrate.

Oh, and while we’re talking about the G-Class 4×4 Squared, you shouldn’t think that the all-new model that entered production in 2018 and brings significantly improved road manners will be deprived of this rugged derivative. In fact, earlier this year, we spied the future model, which may arrive by the end of the year.

Perhaps the most important change takes place underneath the vehicle, where the portal axle of its predecessor remains confined to the posterior, while up front we’ll get sturdy control arms, such as those fitted to Baja monsters.

The AMG-honed 4.0-liter V8 is also set to return, albeit with a 48-volt mild-hybrid setup, so the traditionally badass soundtrack is guaranteed.