Over a year ago, Inkas Armored Vehicles revealed an armored Mercedes-AMG G63 limousine that offers luxury and comfort in an off-roading package. It looked really enticing, especially with the niceties that came with it such as 4k Apple TV, Apple Siri, and Apple HomeKit integration, as well as an Alcantara and exotic leather-clad cabin. 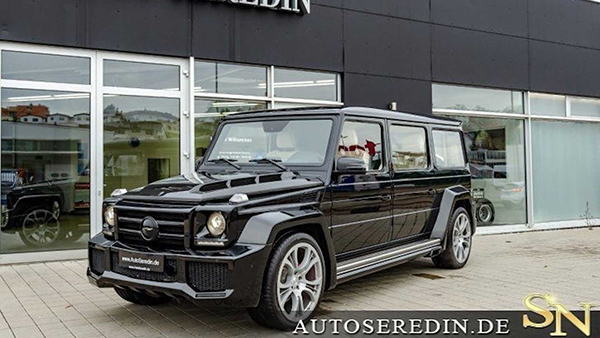 There’s only one problem, though, as you would expect with this plushness – it has an eye-watering price tag of $1.2 million. 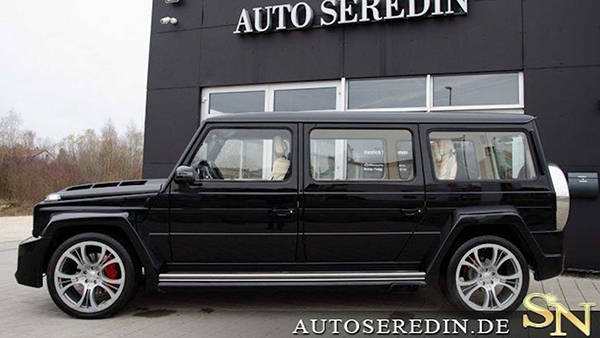 If that amount of money isn’t doable for you as to the majority of the world, maybe you can consider this – a 2017 Mercedes-AMG G63 Big One, being sold by Auto Seredin in Germany. 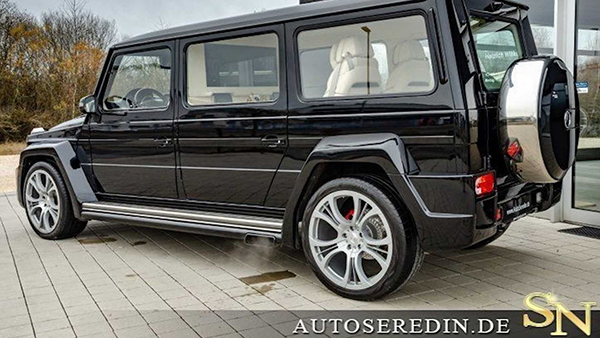 With a price tag that’s half of the bulletproof Inkas (€499,800 or around $551,000 at the current exchange rates), the Big One seems like a great deal, but wait until you see what’s included in the package.

This particular AMG G63 limo on sale was showcased at the 2017 Geneva Motor Show by FAB Speed with 600 miles on the clock. It’s extended 29.5 inches (75 centimeters), which you can see on the extended rear doors, roof, and everything else in between. That also translates to a bigger legroom in the second row, which has been isolated from the front cabin by a wall. 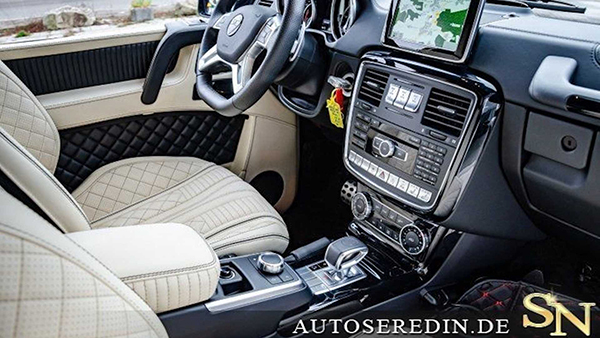 The rear cabin, on the other hand, has captain’s chairs and almost everything is clad in beige leather with diamond pattern. The off-roading limo also comes with a premium sound system. Of course, the unit is powered by twin-turbo 5.5-liter V8 that makes 563 horsepower (414 kiloWatts). 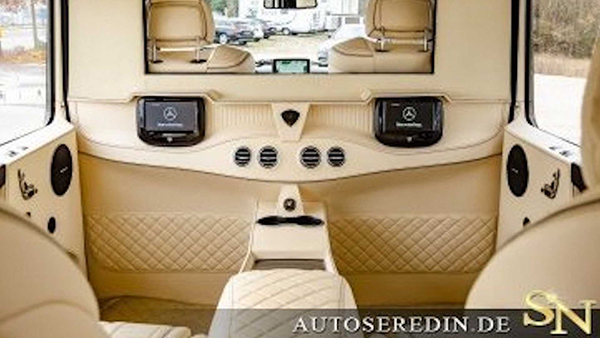 Only 10 units of the AMG G63 limo have been produced and this one’s exclusively for sale. If you’re interested in spending half a million on a luxurious off-roading limo, head on over to Auto Seredin’s website and give them a call.