The second generation Mercedes-Benz G-Class has blown four candles off its birthday cake this year, and as the three-pointed star brand wants to keep it fresh, they are preparing a mid-cycle update that will also cover the range-topping AMG flavor. And it was this one that was scooped by our spy photographers driving on the road in Germany, and sitting in a parking lot. 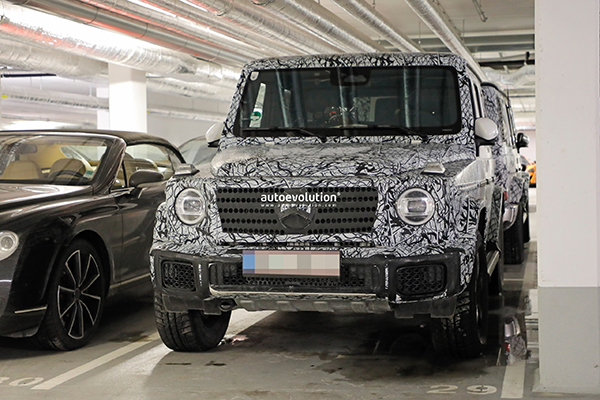 If it wasn’t for the heavily disguised front and rear ends, it would have flown under the radar, as the changes are minor. The grille was probably revised, and the front bumper is likely new. The headlamps, with integrated DRLs, appear to carry over for now, but they should at least feature different graphics. 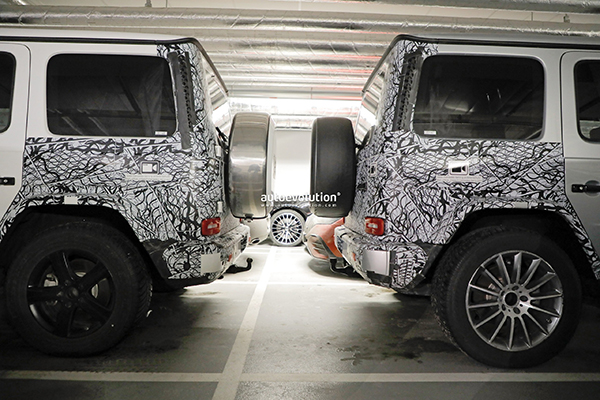 Don’t look for any changes on the sides, because this is a mid-cycle refresh of the potent 4×4 and not a new generation. Not much has changed out back either, where the taillights seem to be identical to the ones equipping the current iteration. The rear bumper looks new on the other hand. It still holds the license plate, flanked by the reflectors, and it is now home to the reversing camera. We cannot see any changes when it comes to the spare wheel holder, and tailgate.

Our spies managed to capture the interior of the facelifted G 63 too, albeit it was under wraps. Normally, this would suggest some important changes, but again, this is a facelift. Thus, in all likelihood, it will only sport an updated infotainment system and digital instrument cluster. The steering wheel could be new as well, and elsewhere, they could top it off with new upholstery and trim options. We wouldn’t be surprised to learn that they have improved the safety bundle too, but that’s pure assumption at this point. 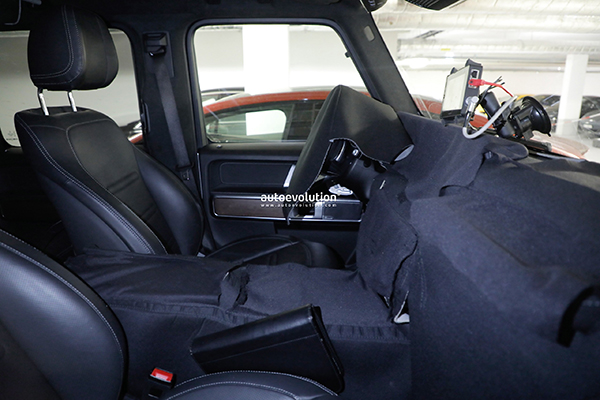 Official details about it should start surfacing in the coming months, as the unveiling date approaches. It’s unknown exactly when it will debut, but chances are that it could happen sometime next year. By the time it arrives in the United States, it should be a 2024 model, just like the regular non-AMG versions, which are also expected to feature some updates under the hood.