Redesigned from the ground up for 2022, the most capable variant of the Gelandewagen has been hit with a recall affecting 278 units in the United States. The problem stems from the rear differential, whose housing is prone to crack, resulting in the loss of rear wheel control and drive power. 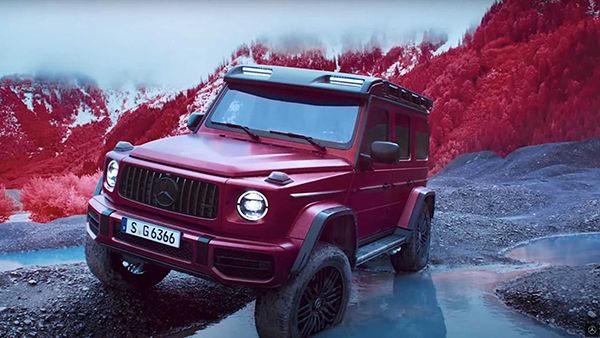 Mercedes-Benz AG in Stuttgart became aware of this problem after an internal test which concluded with a fracture of the rear axle’s differential housing. MBAG wasn’t aware of any incidents in the field at that moment. Together with the supplier, Oberaigner Powertrain, the German manufacturer started investigating the failure mechanism and root cause.

That’s also when the first cases from the field were reported, prompting the Three-Pointed Star of Stuttgart to put a little more effort into said investigation. Mercedes-Benz AG engineers discovered a stress-induced fracture of the housing during normal operation of the vehicle, but the root cause of the fracture still hasn’t been determined at the time of reporting.

Come December 16th, the luxury-oriented automaker decided that a potential safety risk cannot be ruled out. Mercedes-Benz USA, LLC also informed the National Highway Traffic Safety Administration of the recall, as well as stop-drive instructions. No warranty claims or field reports have been related to this defect in the U.S. of A. for the time being.

Documents filed with the federal watchdog reveal that owners will be instructed by the Customer Assistance Center not to drive their off-road leviathans. The CAC will also assist them with arrangements to have the vehicles towed for inspection. Affected owners are entitled to loaner vehicles as well, more so if you remember the sticker price of this fellow.

The standard G 63 is $179,000 sans freight and optional extras as per the online configurator, and the 4×4 Squared costs a simply ridiculous $349,900 for a number of reasons. Merc said that production is limited, although it never specified how many will be made. But more importantly, portal axles help it go over terrain where the G 63 doesn’t dare tread. The bad news? Few owners will actually reach the maximum potential of this rig, a reality that also applies to no-nonsense sports cars like the C8 Z06.

The document attached below lists 278 recalled vehicles, all 2022 models with build dates ranging from July 13th, 2022 and October 21, 2022. Said document further highlights a potential process deviation at the aforementioned supplier, resulting in a housing that isn’t strong enough. Owners won’t receive any warning of the differential housing issue due to the nature of the failure mechanism. The involved components bear part numbers A4633503701 and A4633505601 according to Mercedes-Benz.

Dealers have already been informed of the recall, whereas affected owners will receive MB-branded envelopes by first-class mail on February 14th.