Antonio Brown always rides in style, be it in his own cars or rentals. And, as he visited New York City, he had a custom, one-of-one Mercedes G-Wagen turned Cabrio, just like Diddy did. 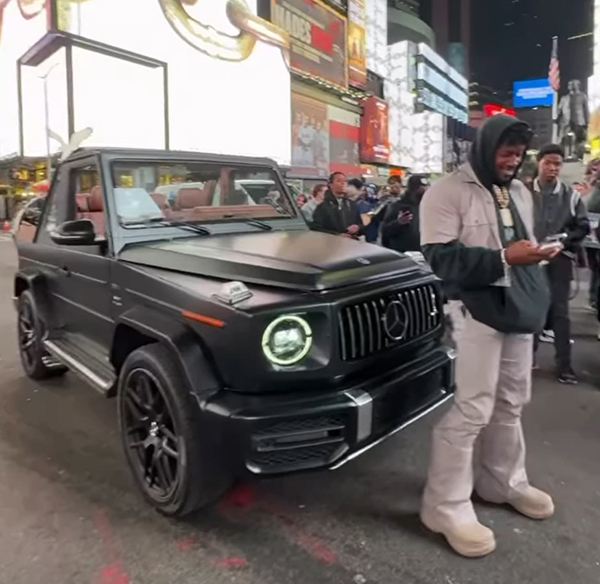 A few days ago, Antonio Brown hopped on his social media to share a cool pic of himself on an Indian Chief Vintage motorcycle. But he didn’t show whether he actually rode the bike or just posed on it.

Besides posing on a bicycle, the NFL player-turned-rapper is back to riding in expensive cars, and the one he had at his disposal in New York City is actually one-of-a-kind.

The vehicle is a black, bespoke Mercedes-AMG G 63 from the current generation that has been modified and turned into a Cabriolet. It comes with rich brown upholstery for the interior and a brown soft top. And Antonio Brown used it as his ride as he stopped in Times Square to hang out with some fans.

According to Top Gear Porsche New Jersey dealership, which owns and built this vehicle, “there is no other SUV out there that is as safe, reliable and fun as this thing and can seat 5 people comfortably.” The post added that the ride is “not for sale.” 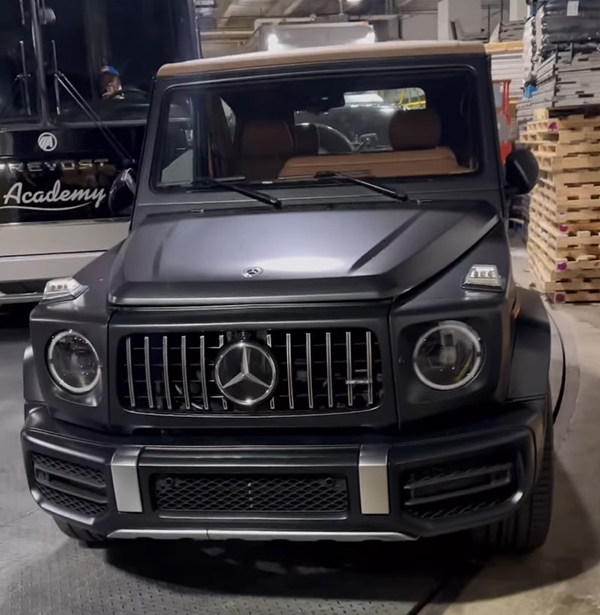 But it is available for riding around the Big Apple, and Antonio Brown isn’t the first high-profile name who did it. A month ago, Diddy was in New York and got to enjoy the same one-of-one SUV while trying out different cars from the same dealership.

This isn’t the first time Brown collaborated with Top Gear Porsche New Jersey dealership, though. A couple of months ago, the rapper got a chance to hang out in a silver Mercedes-Benz 300 SL, which he absolutely loved, calling it “amazing.” He didn’t say anything about the G-Wagen yet, though.

Although the Mercedes-Benz 300 SL is a rare beauty, this Mercedes-AMG G 63 turned Cabriolet seems to be a better ride for Antonio Brown.