If you jump quickly enough, you may be able to buy Eric Clapton’s 2002 Mercedes-Benz G 55 AMG. Are you reading this, and the clock has already ticked past 1 pm eastern time? Sorry, but you’re too late. 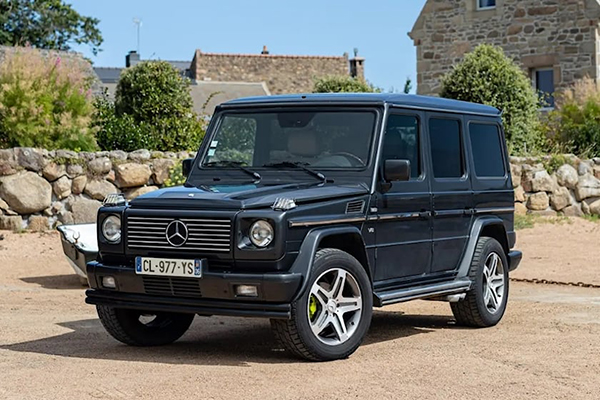 The G-Class is one of the oldest models in the Mercedes-Benz range, with the first civilian unit produced in 1979. By 1999, Mercedes-Benz decided it needed some gusto and handed it over to the folks at AMG who returned with the G55, boasting a naturally aspirated 5.5-liter V8 under the hood. The NA V8 produced 350 horsepower, which wasn’t enough. The first G55 was underwhelming, but it still looked good.

Even though it’s slow by modern standards, the value will likely increase once the G-Class goes all-electric in 2024. 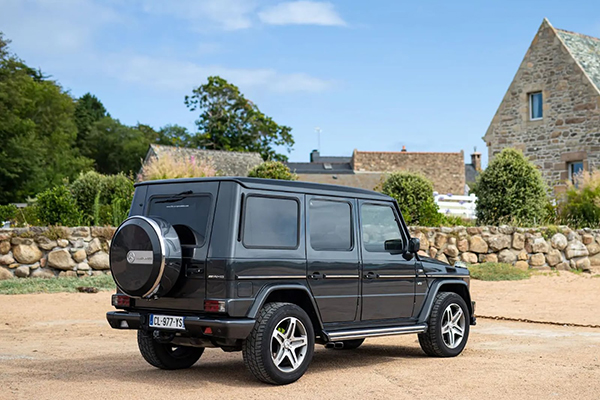 In 2004, AMG added a supercharged variant. This made the car slightly faster but still nowhere near as bonkers as the current Mercedes-AMG G63.

Mr. Clapton’s G55 was one of the earliest AMGs made before the famous Affalterbach-based tuning house was incorporated into Mercedes. That’s why this particular car has a G500 product code, even though it’s a full-fat AMG. 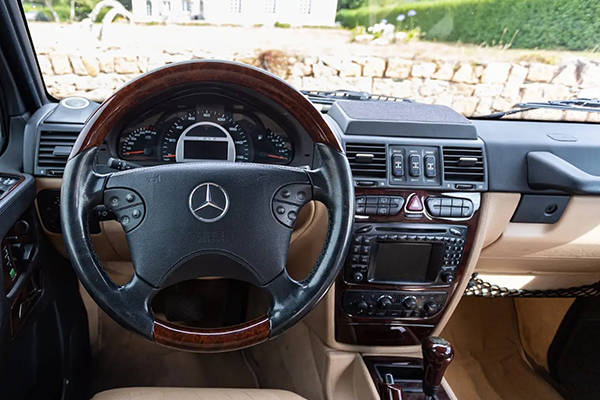 As you can see, the car is not in mint condition and has 100,000 miles on the clock. The listing also mentions a few dents, rust spots, and corrosion on the wheels. To us, that makes it more valuable. It seems Mr. Clapton didn’t buy the G because it was the hottest celebrity accessory at the time. He bought it to hammer around his estate in France.

The interior is lovely old-school Mercedes. There are no giant touchscreens or mood lights. Just acres of beige leather, real wood, and a smattering of buttons. The switches for the three differential locks are located at the top of the center console. Another oddity is the steering wheel mounted on the left. 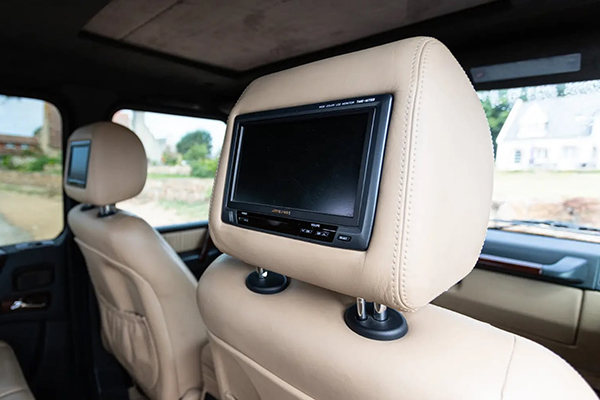 As you might know, the English drive on the wrong side of the road, so they use RHD vehicles. Mr. Clapton likely used the G55 as his main mode of transport between his estate in the UK and his villa in France, where they drive on the right side of the road. The listing mentions the car is currently located in France.

The interior has several modern amenities, including a TV tuner and two miniature TV screens for the rear passengers. The highlight is in the trunk. As you’d expect from a rock star, it has a massive sound system. The leather-trimmed sound system is rumored to have cost around $29,000. We’re willing to bet an entire month’s salary that it has a pick-up for a Fender Stratocaster, so Mr. Clapton could shred whenever and wherever he wanted. 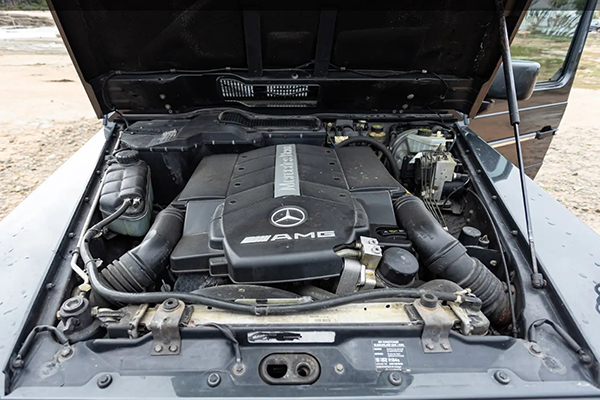 The car is no longer in Mr. Clapton’s possession, but it’s not clear how long he kept it. At least long enough to upgrade the sound system.

At the time of writing, the bid stood at 35,000 euros, which is roughly the same in US dollars. It will not sell for that, as the reserve has been set at 45,000 euros. Even at that price, the car is a bargain. The modern equivalent starts at roughly $180,000 without any provenance included as standard.