Mercedes-Benz is no stranger to electric vehicles. There were plenty of zero-emissions concepts before the widespread adoption of EVs enabled by Nissan and Tesla, but rather curiously for the Stuttgart-based automaker, the first dedicated EV from M-B was launched in 2021. 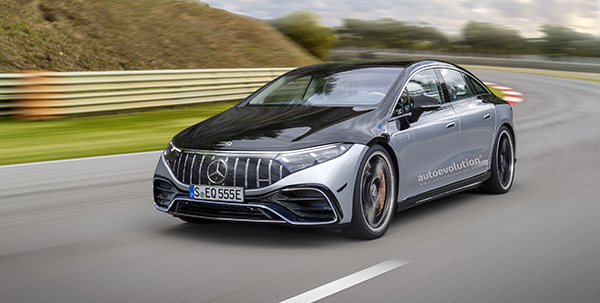 Codenamed V297, the EQS is dubbed the S-Class of electric vehicles although it has few things in common with the W223. A five-door liftback rather than a four-door sedan, the Mercedes-Benz EQS also embodies the company’s all-electric ambitions in the performance segment. Already spied testing with bronze-painted brake calipers, low-profile tires wrapped around sporty wheels, and more aggressive styling for the front bumper, the AMG test mule has been undressed of its camouflage by Bernhard Reichel. 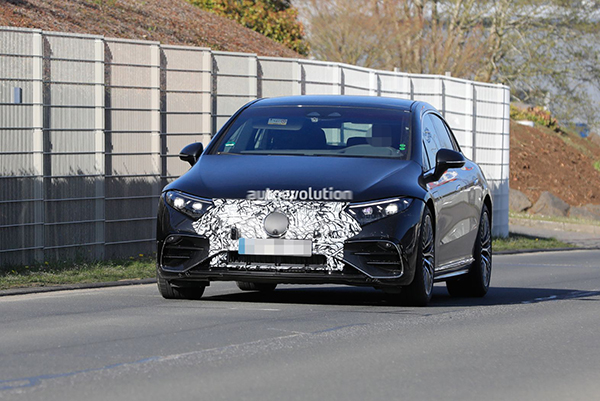 The pixel artist is very fateful to the prototype the carparazzi caught in April 2021, so fateful that even the side air intakes are similar in design. Pictured with carbon-fiber door mirrors and too much bling for my liking, the Mercedes-AMG EQS will reportedly feature a two-motor drivetrain with no less than 560 kW. That’s 761 PS or 751 horsepower, which is pretty close to the 700-PS/690-horsepower Panamera Turbo S E-Hybrid. 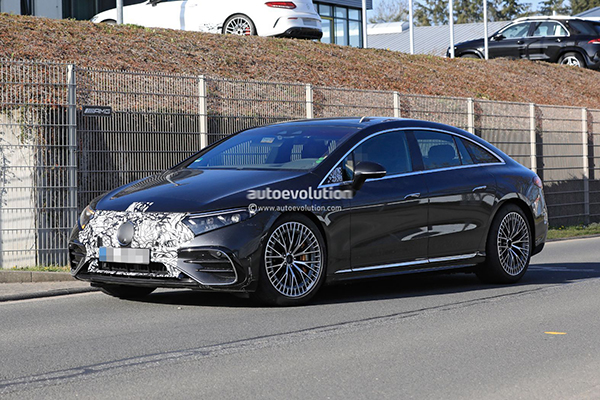 It’s also worth mentioning that Porsche’s all-electric Taycan Turbo S matches the rumored output figure of the AMG-ified EQS. That kind of performance is pretty impressive at first glance although it’s not good enough. Lest we forget, a Palo Alto-based company offers a full-size luxury sedan with a simply unbelievable 1,020 horsepower and 1,050 pound-feet (1,424 Nm) of torque from a three-motor setup. The Model S Plaid retails from $122,990 in the U.S., and truth be told, the Tesla badge resonates with more people than the M-B insignia our dads and grandfathers used to revere. 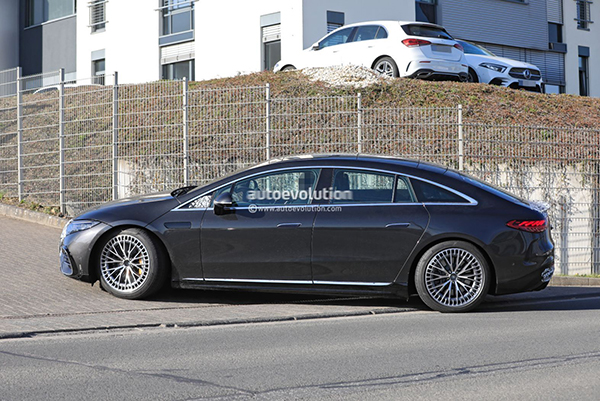 On that note, it’s worth remembering that Merc is a very different automaker from three decades ago. Luxurious though it may be through the lens of advertising and perceived quality, the German company is gunning for volume with the EQS and subsequent models over the increasingly draconic CO2 emissions regulations in the United States and European Union. 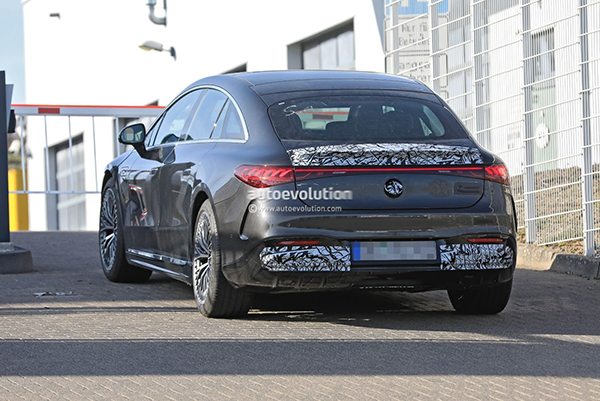 Mercedes is extremely serious about the all-electric onslaught, so serious that it plans to make the transition to electric-only vehicles by 2030. In a decade’s time, the successor of the AMG-branded EQS may live up to the successor of the Tesla Model S Plaid in terms of straight-line performance.