We’ve only just driven the all-new Mercedes EQS SUV, but already the maker is trotting out its next electric family car. Effectively a shrunken version of the aforementioned flagship, the Mercedes EQE SUV will be offered with a choice of zero-emission powertrains, plus a 678bhp AMG range-topper. 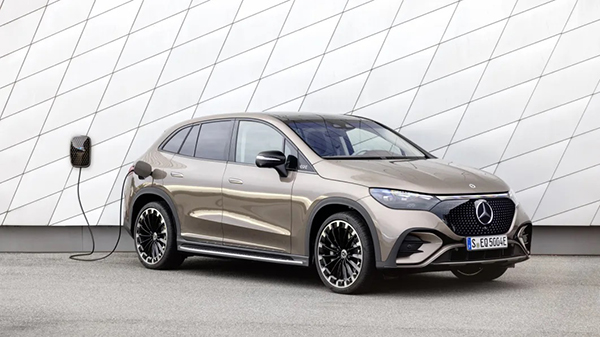 Mercedes senior manager for vehicle testing, Frank Wundrak says: “It’s a different kind of car [to EQS]. It’s for younger buyers; an electric GLE. It needed to be a universal tool.”

Mercedes is yet to reveal battery and trim specifications for the new EQE SUV, but we expect the range to mirror that of the existing EQE saloon. That is likely to mean – at least for the time being – just one standard model (EQE 300) with a 90kWh battery. The saloon is currently only offered with a single motor (AMG aside), but the SUV will get the option of dual motors for 4MATIC all-wheel drive.

Visually, there’s very little to distinguish the EQE SUV from the equivalent EQS. Offering five seats instead of seven, the EQE measures 4,863mm long and 1,940mm wide. It’s 262mm shorter than the EQS, but crucially the wheelbase is reduced by just 180mm – so space inside is generous.

At the front, the EQE SUV gets a similar lighting treatment, with a full-width lightbar and LED headlamps. The lighting signature itself matches that first seen on the EQE saloon, with two triangular elements instead of EQS’s three. The blanked off grille and large Mercedes badge complete the family face.

The EQE SUV will be offered with a choice of alloy wheel designs ranging from 19 to 22 inches, plus options like the silver side steps seen here, which Wundrack says aren’t just for show: “Some like it, some hate it,” he tells us. “But what’s important is that the running boards are beneficial for the drag coefficient.” 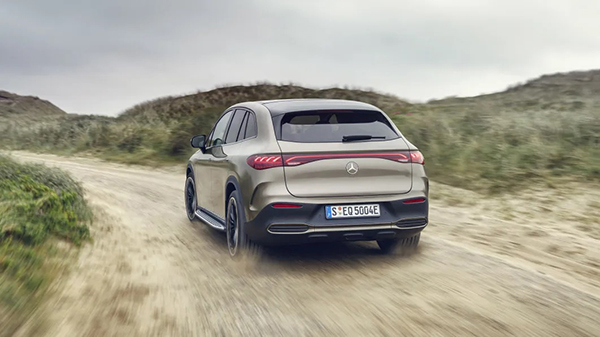 At the rear, there’s a full-LED light bar, which Mercedes says has the shape of a “curved and illuminated 3D helix”. Every car gets a power tailgate as standard.

Boot space stands at 520 litres – 20 litres more than a BMW iX – with the EQE’s rear seats splitting in a 40:20:40 formation. Fold them down and the SUV boasts a 1,675 litre load area, and there’s space under the floor for the charge cables. Mercedes, as with the EQA, EQB and EQS, doesn’t offer storage in the nose of the EQE SUV.

Inside, the EQE lifts its optional Hyperscreen dashboard layout from the EQS completely unchanged; the exact same part is fitted to both cars. The 56-inch curved screen comprises three displays, plus Dolby Atmos integration – designed to offer near-cinema-like surround sound audio for watching movies while the car charges.

Speaking of charging, while exact specs haven’t been confirmed, we do know that the EQE SUV will match its saloon sibling’s 170kW DC rapid charge speeds, which should result in a 10-80 per cent top up in just over 30 minutes. 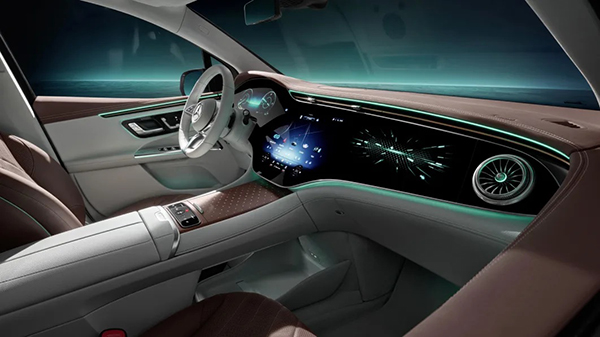 Wundrack defends Mercedes’ decision not to utilise 800-volt charging technology like that found on the Porsche Taycan: “It was always a conversation of numbers and the benefit to our customers,” he tells us. “Right now the infrastructure is not there. Our goal was to have 170kW with a large plateau – not fast charging that drops off quickly.”

Range, “depending on the vehicle equipment and configuration” is said to be in excess of 342 miles, though it’s likely the dual-motor Mercedes-AMG EQE 53 4MATIC+ SUV, despite using the same battery, will post a shorter overall range – expected to be in the region of 260 miles.

AMG’s first all-electric SUV will boast 617bhp and 950Nm of torque, plus air suspension and adjustable damping, as well as AMG-specific brakes. Owners will be able to spec the optional AMG Dynamic Plus Package, boosting power to 678bhp with up to 1,000Nm of torque for a 0-62mph time of 3.5 seconds and a 149mph top speed.

We expect the EQE SUV to cost from around £90,000, with the AMG version commanding a premium of roughly £40k – in line with existing EQE saloon specifications. Official prices will be confirmed closer to the car’s European market launch, which is expected in May 2023.