Hot on the heels of the Mercedes-Benz EQS debut, we’re getting a chance to see how the high-tech, electric sedan looks on the road. Judging by the exit signs in the background, this one is driving around Orange County, California, which puts it near the automaker’s research and development center on Long Beach, CA.

This one wears a monochromatic silver body, rather than the two-tone exterior from the official press photos. Bits of black trim and matching wheels add some contrast to the exterior. Most of the video captures the EQS from the back and shows the full-width taillights shining through the dark. The Mercedes is easily visible on the road.

The glimpse at the front showcases the bright headlights and the LED strip that follows the edge of the hood. It’s a distinctive face. 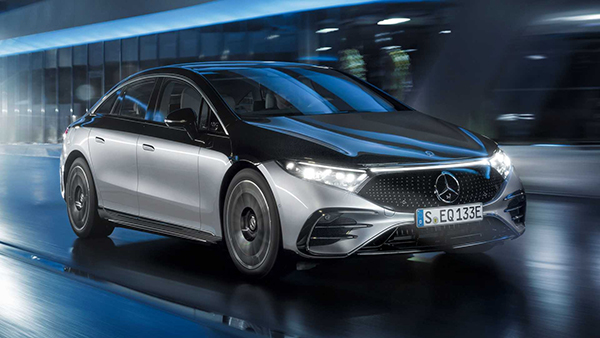 There’s a longer-distance view of the EQS from the side that provides a look into the cabin. The Hyperscreen display is clearly visible, and it raises a question about the vehicle. When driving at night, the bright screens seem like they could pose a distracted driving risk. Although, we can’t know for sure until there’s an opportunity to take an extended drive in the electric sedan.