Daimler boss Ola Kallenius told the world that an electric G-Class would be happening back in 2018, during the global debut of the current G-Class. No additional details were provided, but we can safely assume that when the vehicle is ready, it will debut in two variants featuring electric motors on each axle, much like the EQS flagship. 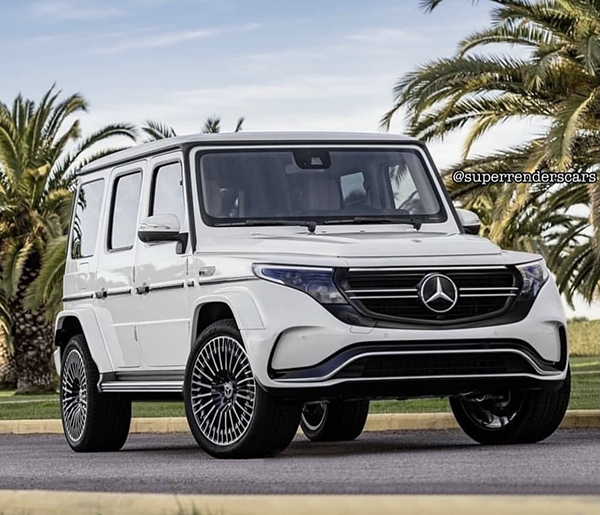 That will mark the G-Class’s second major transition, the first being from a military vehicle into a luxury vehicle. The EQG will also likely be one of the first fully electric genuine off-roaders, which means Mercedes can’t afford to allow for any range anxiety once you head out into the wilderness with one.

Stuttgart already took a step in that direction when it unveiled the EQC 4×4² concept, which stood 7.87 inches (20 cm) taller than the regular EQC. It even had more ground clearance than a G-Class. However, its powertrain was still that of a normal production EQC 400 model, meaning a dual-motor setup with an 80-kWh lithium-ion battery pack.

Mind you, the upcoming EQG will look nothing like that concept, and Mercedes will likely go one of two ways. It can either shove a fully electric drivetrain into a regular G-Class body and call it a day or go with some partial redesign, which would probably include a different front fascia.

This render by superrenderscars delivers just that: a regular G-Class body with an EQ-style front end. The result is a little weird in the sense that it makes the G-Wagen look too pretty and not in a good way. This is, after all, a rugged vehicle, and its signature boxy styling characteristics should be there to stay. Let’s hope Mercedes knows what it’s doing.