Mercedes Prototype: A quick look at the cockpit and the interior of the upcoming full electric Mercedes EQS.

The Mercedes-Benz EQS will be the electric version of the upcoming S-Class. This spy video catches the EV under heavy camouflage, but the interior appears more complete. A quick move with the camera provides a great view into the cabin of this one, including a view of its digital screens. 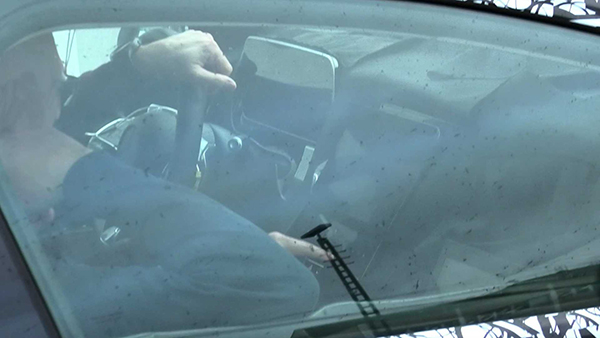 Like many modern Mercedes models, there is a digital instrument cluster, but this one appears to have its own rectangular bezel. The display on the center has a portrait layout, though, rather than the existing version’s landscape orientation. There appears to be a lower section for controlling the HVAC system.

We can’t draw any final conclusions from the layout because the significant camouflage on the exterior suggests this vehicle might be far from production-ready. The company could still reconfigure things before the production version arrives. 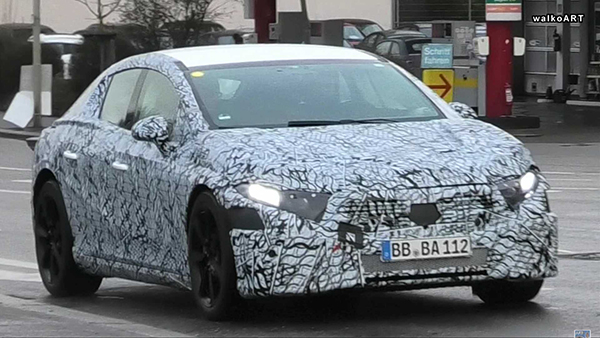 The easy way to identify the EQS is the vehicle’s angled headlights and smooth front end. This one has placeholder parts for the taillights and what we assume are fake exhaust pipes. Leaked images suggest that the standard S-Class has a more traditional appearance.

The EQS will have flat batteries beneath its cabin that will allow for more interior space. Power will allegedly come from an electric motor powering each axle. Plus, there will be all of the luxury and technology that traditional S-Class owners will expect to find. 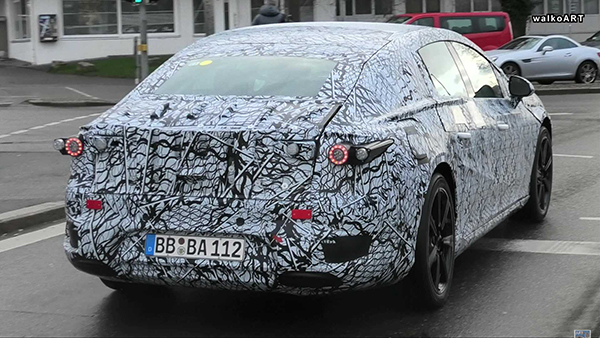