Mercedes has yet to reveal the production version of its electric flagship, but rumors are already circulating on the Internet about how the EQS will spawn a go-faster AMG counterpart. According to a fresh report from Autocar, a high-performance version to take on the upcoming Tesla Model S Plaid is in the works with a dual-motor setup with enough electric punch to serve as the EV counterpart of the conventional AMG S63. 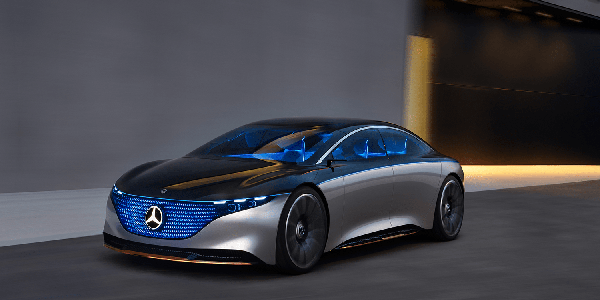 Much like the Benz-branded EQS, the hot version tweaked by the talented folks in Affalterbach will ride on the company’s newly developed EVA architecture and should be roughly the same size as the current CLS. While the EQS 550 4Matic sold with the Mercedes-Benz badge is expected to offer 470 horsepower and 560 pound-feet (759 Newton-meters) of torque, the AMG EQS is said to provide more than 600 hp and 663 lb-ft (900 Nm) channeled to the road through a new all-wheel-drive system able to deliver power as needed to each individual wheel.

The electric grunt could enable the AMG EQS to drop below the four-second mark in the 0-62 mph (0-100 km/h) acceleration and top out at a limited 155 mph (250 km/h). Its large 100-kWh lithium-ion battery pack mounted within the floor should have enough juice for a WLTP-certified range of 430 miles (692 kilometers) between charges. That said, Autocar is reporting a more realistic figure would be 320 miles (515 km). Should you be in a hurry, fast-charging capabilities (350 kW) will allow an 80-percent recharge in just 20 minutes.

It will be a while before Mercedes will introduce the AMG EQS as logic tells us the next-gen S-Class will be out first later this year and then the Benz EQS. Chances are the spicy derivative of the large electric sedan is not going to hit the market sooner than 2022. The AMG EQS will lead the way for an assortment of performance electric cars to mirror the traditional AMG range, with sources familiar with the matter suggesting there will also be an EQE sedan and even an EQG as a speedy variant of the already confirmed electric G-Class.

The AMG EQS will have to face some stiff competition coming not just from the Tesla Model S Plaid, but also from the Porsche Taycan and two EVs coming out this year – the Audi E-Tron GT and Jaguar XJ. In addition, BMW recently announced the most powerful version of its next-generation 7 Series will be electric.