Manufactured by Magna Steyr in Austria, the second generation of the W463 looks similar to its predecessor, although it’s very different under the skin. Two of the most important changes are the rack-and-pinion steering with electric assistance and independent front suspension. 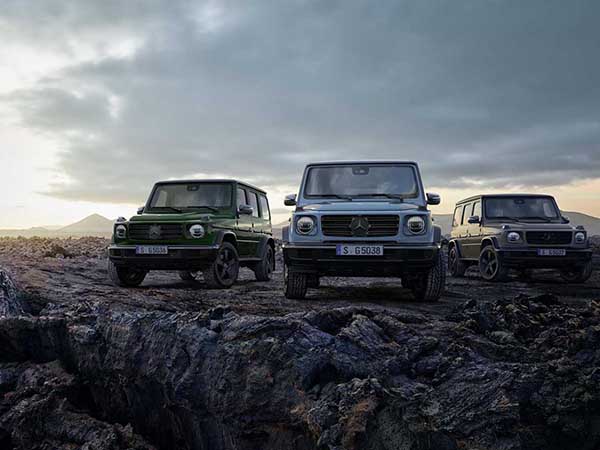 The Mercedes EQS is about to be launched in a few days following the official reveal of its interior, along with its max 478-mile range in between charges. It’s the first model to be based on the company’s modular architecture for luxury and executive-class electric vehicles. Suffice to say, the German automaker is on full throttle to boost its electric EQ range, and that includes the electric version of the Mercedes G-Class.

Searching the European Union Intellectual Property Office (EUIPO), the names EQG 580 and EQG 560 words were filed recently by Daimler AG, dated April 1, 2021. The names were for motor vehicles and their parts, specifically for an electric vehicle. The status on both applications shows “Application under examination” as of date.

In retrospect, the name or word EQG was actually registered as early as 2016 by Daimler AG, which should signify the possible moniker for the electric version of the Mercedes G-Class. Not surprising, though, for obvious reasons.

Reports of an incoming electric G-Class have surfaced as early as 2019 when Daimler CEO Ola Källenius confirms it through a tweet by Daimler’s head of digital transformation, Sascha Pallenberg. Then, in October 2020, Mercedes-Benz reconfirmed the news through an official release of the company’s plan to see electrified vehicles accounting for more than half of its global sales by 2030.

Details about the incoming electric G-Class, or the EQG as we should start calling it, is scarce at this point. However, Mercedes said that “The legend will grow, and will electrify.” The timeline is also unclear, though we expect the hardcore G-Class 4×4 Squared to arrive first by the early half of 2022.

With that said, the recently-unveiled GMC Hummer electric SUV will have to reign for a few more years before Mercedes’ own contender hits daylight.