Mercedes is soon to add electric G-Class models to its all-electric EQ range! We expect the EQG to get a twin-electric motor layout with up to 523hp and a 108kWh battery pack, and it will of course also feature the signature ‘Hyperscreen’ we’ve seen in the EQS. 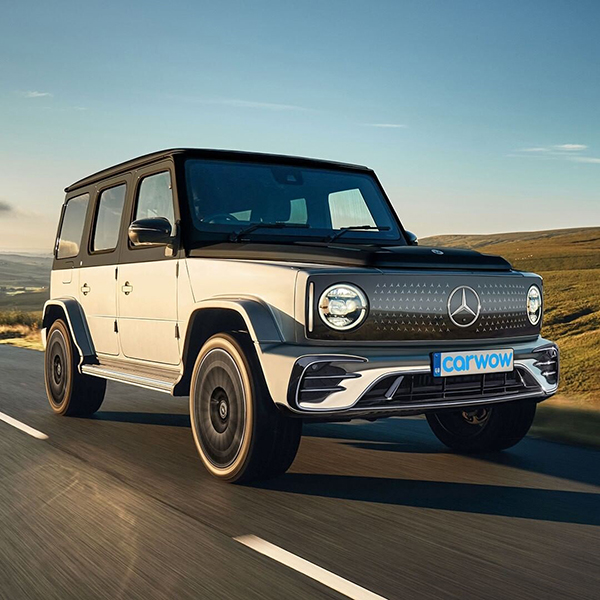 Alas, trademark filings for the EQG 560 and EQG 580 names as well as statements from the Daimler CEO himself, Ola Källenius, make it pretty clear that there’s no turning back now. An all-electric G-Class is all but a matter of time—and not a lot of it, by the looks of it, with the debut possibly coming as early as next year (albeit toward the end).

If we’re honest, the exterior design of a battery-powered Geländewagen is the least of the mysteries surrounding the model. Mercedes may be forced to turn its iconic model into an EV, but nobody’s putting a gun to its head to do anything crazy to its design. And if the German manufacturer has kept it virtually unchanged for all these decades, why would it start to mess with it now?

Besides, wouldn’t the new type of powertrain provide a big enough shock for the customers to make the visual one unnecessary and perhaps downright harmful to the model’s sales? And it’s not as if the G’s design poses difficulties in the conversion: the SUV is square, the battery packs are square—the perfect match.

This rendering (courtesy of carwow) keeps things simple by only touching the SUV’s front end. More to the point, we get the sold “grille” specific to EVs with that epoxy resin look we’ve become accustomed to and a bumper that’s almost an exact copy of the one you’ll find on the EQS. The EQG also gets the two-tone paint scheme the EQS featured in the launch pictures that gives it a more refined and elegant look—one that’s in direct contrast with the sporty bumper, though, so we’re not so sure about one of the two.

There should be enough room for the battery pack, and since the entire drivetrain is gone, it should fit under the floor without any modifications to the vehicle’s overall height or the room available inside. What’s more, the huge space left vacant under the hood should also give the EQG one of the biggest frunks so far, second only to the Ford F-150 Lightning’s.

The main worry, however, will concern the electric SUV’s off-road worthiness. A dual-motor setup can easily replace the three lockable differentials the standard G-Wagen gets, which leaves only three problems: the extra weight, the inability to go on longer off-road sessions due to the limited range and lack of charging outlets in the wild, and finally, the very real threat of damaging the battery pack on a difficult trail.

It’s a good thing the G-Class has long stopped being used as an off-roader, then.